A drone has captured breathtaking footage of pods of whales and bottlenose dolphins playing together off the California coast. The footage, taken by photographer Sandy Rich this month at Windansea Beach in San Diego, shows the two marine mammals playfully spouting and rolling in the iridescent blue water. Although it's a rare sight, the playful relationship between dolphins and whales isn't new - and its becoming more and more understood. A dolphin and humpback whale were spotted playing together in Hawaii in 2011 by photographer and marine biologist Lori Mazzuca. Mazzuca watched as the two interacted in a sort of game, with the dolphin seeing how long it could balance on the whale's head as it swam, according to Nature World News. 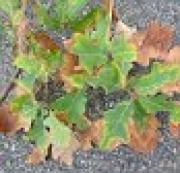 Close-up footage reveals the underwater world of timid dolphins and their melodic chants that sound like a chorus of squeaking mice. 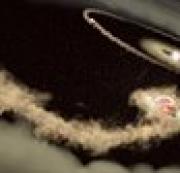 A heartbreaking video of a mother dolphin clinging to the body of her dead calf is a yet another testament to the idea that humans are not the only mammals capable of grief. In the footage shared on Twitter this week by Florida canoe-maker See Through Canoe, the dolphin can be seen pushing the lifeless body through the water and fighting to keep it afloat as she swims. Another dolphin seen swimming close by the mother's side even appears to help her get the calf back to the surface when it drops below. It's far from the first time this type of behavior has been observed in the highly-intelligent creatures, and adds further evidence to the hypothesis that they, just like us, often have trouble letting go in the face of death. See Through Canoe, which shared the latest footage on its official Twitter account on Monday, admitted the scene was'hard to watch.'