Privacy campaigners have expressed alarm after the government revealed it had hired an artificial intelligence firm to collect and analyse the tweets of UK citizens as part of a coronavirus-related contract. Faculty, which was hired by Dominic Cummings to work for the Vote Leave campaign and counts two current and former Conservative ministers among its shareholders, was paid £400,000 by the Ministry of Housing, Communities and Local Government for the work, according to a copy of the contract published online. In June the Guardian reported Faculty had been awarded the contract, but that key passages in the published version of the document describing the work that the company would carry out had been redacted. In response to questions about the contract in the House of Lords, the government published an unredacted version of the contract, which describes the company's work as "topic analysis of social media to understand public perception and emerging issues of concern to HMG arising from the Covid-19 crisis". A further paragraph describes how machine learning will be applied to social media data.

An artificial intelligence firm hired to work on the Vote Leave campaign may analyse social media data, utility bills and credit rating scores as part of a £400,000 contract to help the government deal with the coronavirus pandemic. The company, Faculty, was awarded the contract by the Ministry of Housing, Communities and Local Government last month. However the full details of its work for the government are unknown because the published version of the contract was partly redacted. The disclosure comes amid questions from civil liberties groups as to how private companies hired by the government during the pandemic are using confidential data. The unredacted portion of the contract shows that the MHCLG said such work was likely to require data from "social media, utility providers and telecom bills, credit rating agencies" as well as from the government, but provides few other specifics.

The government is under pressure to review its Personal Protective Equipment (PPE) deals after a Tory councillor received major contracts. The councillor's company, P14 Medical, was given contracts to supply face shields worth £120m in total. Labour said the government had "serious questions" to answer about the PPE procurement process. The government said it had a "robust process" to ensure high quality PPE and commercial "due diligence". The government has spent £15bn on PPE since the coronavirus pandemic began, according to a Treasury statement earlier this week. 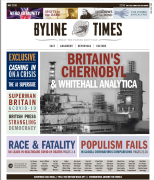 The COVID-19 public health crisis is enriching a murky nexus of technology surveillance firms linked to senior Government officials – at the expense of people's lives. The financial adventures of a former MI5 spymaster and the medical fantasies of Boris Johnson's top advisor point toward an unnerving endgame: an artificially intelligent (AI) corporate super-state, with a special focus on NHS genetic research inspired by eugenics. The tale begins with Britain's security services – and ends with Dominic Cummings. It uncovers the extent to which democracy and public health are now under threat from a series of Government failures rooted in a bankrupt ideology, influenced by the modern relics of scientific racism. On Sunday 12 April, the Government announced that the NHS would be launching a new COVID-19 contact tracing app. 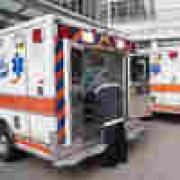