JAKARTA – Syahri Rochmat is a 24-year-old railway worker living in Depok, in the suburbs of Jakarta. Shota Noda is a 21-year-old student studying in Yokohama, Japan, about 5,800 km away. Rochmat and Noda did not know each other, but a missing cellphone led to a cross-cultural friendship between the two young men. The story began in December last year when Rochmat, who has been a maintenance worker at Indonesia's state-owned railway company for more than four years, was cleaning the interior of a used train car imported from Japan for use in the capital and its surrounding areas. The commuter train used to operate on East Japan Railway Co.'s Nambu Line connecting Tachikawa Station in Tokyo and Kawasaki Station in neighboring Kanagawa Prefecture. 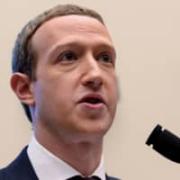 Toshiba Corp. said Tuesday it will launch a consortium with some 100 companies in Japan to develop new services using connected devices and ultrafast next-generation networks. "We need to create a world where not just one particular company holds on to data but (several companies) collaborate," Toshiba Corporate Vice President Taro Shimada told a news conference in Tokyo, calling for collaboration on "internet of things" technologies. SoftBank Corp., utility Tokyo Gas Co., and major electronics makers Kyocera Corp. and Denso Corp. are among the firms expected to participate, Toshiba said. Internet of things services can range from industrial machines at a factory transmitting data about the production process and household appliances controlled remotely by smartphones to wearable devices equipped with sensors tracking and sending information about the human body. Toshiba itself has started a service called "ifLink" for smartphones that enables people to connect with home appliances or motion sensor devices.

Islamic decoration, which tends to avoid using figurative images, makes frequent use of geometric patterns which have developed over the centuries. The geometric designs in Islamic art are often built on combinations of repeated squares and circles, which may be overlapped and interlaced, as can arabesques (with which they are often combined), to form intricate and complex patterns, including a wide variety of tessellations. These may constitute the entire decoration, may form a framework for floral or calligraphic embellishments, or may retreat into the background around other motifs. The complexity and variety of patterns used evolved from simple stars and lozenges in the ninth century, through a variety of 6- to 13-point patterns by the 13th century, and finally to include also 14- and 16-point stars in the sixteenth century. Geometric patterns occur in a variety of forms in Islamic art and architecture including kilim carpets, Persian girih and Moroccan zellige tilework, muqarnas decorative vaulting, jali pierced stone screens, ceramics, leather, stained glass, woodwork, and metalwork. Interest in Islamic geometric patterns is increasing in the West, both among craftsmen and artists including M. C. Escher in the twentieth century, and among mathematicians and physicists including Peter J. Lu and Paul Steinhardt who controversially claimed in 2007 that tilings at the Darb-e Imam shrine in Isfahan could generate quasi-periodic patterns like Penrose tilings.

UK spying agencies illegally stored data about the country's citizens for more than a decade, according to a new judgement. The collection of data on everyone's communications was illegal between 1998 and 2015, according to the Investigatory Powers Tribunal, the watchdog for intelligence agencies. But spying agencies will be able to continue collecting data on citizens because of small tweaks to the law that allow them to get around the ruling. In recent months, computer specialists of the project MV-IT systems have built a Boeing 737-800 cockpit and reconstructed part of the cabin with 15 seats. The simulator will be officially opened on October 19, 2016 and able to'land' at over 20,000 airfields in different weather conditions and at all times and seasons Customers make a line to buy Sony PlayStation's virtual reality (PSVR) headset at an electronics retail shop in Tokyo People try Alibaba's new payment system, VR Pay, in Hangzhou, Zhejiang province, China An employee checks exchanged Samsung Electronics' Galaxy Note 7 at company's headquarters in Seoul, South Korea In time for Wimbledon, Virgin Active is trialling'The Drone-ovic' – a drone that drops tennis balls from above to achieve that perfect serve at its Northwood club tennis courts An imitation of Facebook apparently set up for North Koreans has already been hacked and sent offline, just days after it was discovered.