Jay Z 'Reasonable Doubt' Pop-Up Shop NYC: When And Where To Shop The Merch Inspired By Album's 20th Anniversary

It's the 20th anniversary of famed rapper Jay Z's debut album "Reasonable Doubt," which means another pop-up shop launch is here. In honor of the album's anniversary, Roc-A-Fella Records co-founder Kareem "Biggs" Burke, who created the label with Damon Dash and Jay Z, will open a pop-up shop in New York City with exclusive apparel and accessories. Burke first opened a shop in Los Angeles this past June on Fairfax Ave. with the space entirely modeled after the Brooklyn-based rapper's apartment from the 1990s. For the NYC store launch in SoHo, Burke partnered with social shopping website Fancy to open the limited-run shop. Open from Thursday, Oct. 20, through Sunday, Oct. 23, the pop-up will feature a throwback installation which, this time, will be modeled after the original Studio B Control Room at D&D Studios that the rapper used to record the album. 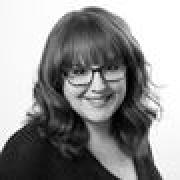 Back to school can be a tough time for high school sweethearts, especially when one person is off to college. However, before he left for his first week of university life, a man named Jasper made his girlfriend Zara an adorable, pop-up photo album of their beautiful memories (so far, at least). Full of intricately made, hidden compartments and photo collages of their favorite Instagrams and Snapchats, it's enough to make anyone weep with joy. You're invited to shake your butts at corgi prom! Join us in Chicago for a day long event bringing together data science professionals who are passionate about asking the right questions and identifying problems worth solving. Share ideas, develop best practices, and network with others in the field. We hope to present real stories about the cutting edge work being done today.

Attention anyone who thinks Cheetos really aren't appreciated for the high-end delicacy they truly are: you've got some good news coming your way. Cheetos is launching a two day pop-up restaurant in New York City called The Spotted Cheetah, and it will be run by none other than celebrity chef Anne Burrell. The Spotted Cheetah will feature a three-course menu, beginning with starters like Purrfectly Fried Green Tomatoes and Cheetos Meatballs (yep), main course options including Flamin'Hot Limón Tacos and Cheetos Mix-ups Crusted Chicken Milanese, and, finally, Cheetos Sweetos Crusted Cheesecake or Cheetos Sweetos Sweet and Salty Cookies for dessert. If all of that Cheeto fun is still not enough for you, or you're unable to make it to the New York pop-up, don't fret. The recipes of all the dishes will be available online in a free digital cookbook launching August 15, the same day the pop-up opens, so you can "recreate all the dishes for [your] friends and family at home." "As a long-time Cheetos fan, I'm thrilled to join forces with a snack brand that is truly an iconic American staple," Burrell said in a press release.

Demi Lovato is the latest artist to be slapped with accusations of lifting from someone else's work -- and to get sued for it. More than nine months after indie noise-pop duo Sleigh Bells publicly called out the pop singer over alleged similarities between a track from her latest album and one of its own, the band has turned to court. In the complaint filed Monday in California federal court, Sleigh Bells accuse Lovato and her collaborators of lifting material from "Infinity Guitars" -- a single off the band's critically acclaimed 2010 debut, "Treats" -- to create "Stars," which appears on the deluxe edition of Lovato's most recent album, "Confident." "A comparison of the two songs reveals that, at the very least, the combination of the hand claps and bass drum, structured as 3 quarter beats and a rest, with the bass drum providing a counter-rhythm to the hand claps, is at least substantially similar in both works," stated the complaint. The complaint, which was obtained by The Times, alleges that the similarities between the two tracks "transcend the realm of coincidence."