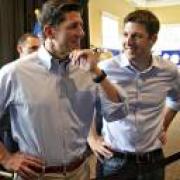 MADISON, WISCONSIN – Wisconsin state schools chief Tony Evers won the Democratic primary for governor on Tuesday and will face Republican Gov. Scott Walker in November as he seeks a third term. Evers emerged from a field of eight Democratic candidates to win the primary, which comes as Walker has warned supporters that a blue wave could be coming if they aren't vigilant. Evers had a nearly 2-1 lead over his nearest competitor based on early results. Walker, who has warned of a blue wave, prepared to launch a statewide tour Wednesday where he will begin to unveil his agenda for a third term. He posted a series of tweets shortly after polls closed, touting the cutting of $8 billion in taxes and taking on "big government unions" and promising more to come.

NEW YORK – Losing the 2016 presidential election was "pretty devastating, especially considering who I lost to," Hillary Clinton told graduates of Medgar Evers College on Thursday. She noted that graduate Yahya Mused worked in a deli across the street from Medgar Evers College after arriving in New York from Yemen, one of the countries targeted by the travel ban. Clinton made no mention of Comey. Medgar Evers College is part of the public City University of New York system, the largest urban university in the United States.

Wisconsin Gov. Tony Evers' administration overstepped its authority when it extended the governor's stay-at-home order through the end of May, the state Supreme Court ruled Wednesday. The 4-3 ruling marks a defeat for Evers as Republican legislators, in the midst of the coronavirus pandemic and with the aid of the conservative-controlled high court, continue to chip away at the Democratic governor's powers. The majority chose to leave it in place until May 20 to give the Legislature and Evers' administration time to come up with a new coronavirus plan. Evers issued a stay-at-home order in March that closed schools and nonessential businesses. The closures battered the state economy, but Evers argued they were necessary to slow the virus' spread.

Florida GOP candidate to give away semi-automatic rifle 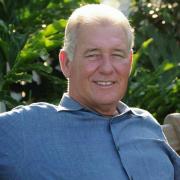 TALLAHASSEE, FLORIDA – A Republican candidate for Congress in Florida has launched a contest on his Facebook campaign page to give away a semi-automatic rifle on Independence Day. Greg Evers announced the giveaway barely a week after a shooting at a gay nightclub killed 49 people in Orlando, which is about five hours drive from the Florida Panhandle congressional district Evers seeks to represent. "With terrorism incidents on the rise, both at home and abroad, protecting our constitutional rights has never been more important," Evers said. "With all that's happening in the world today, I've never felt stronger about the importance of the second amendment in protecting our homeland than I do now." Evers has served in the Florida Legislature since 2001, including the Senate the past six years.

Evers' water remarks did draw Republican applause but it was tepid compared with Democrats' standing ovations. Novak said he was glad Evers mentioned water pollution in his speech but he doesn't know what to expect since Evers was short on specifics. He said Vos' task force will watch what the governor does. Cowles said in an email that he was happy Evers and Vos want to work on cleaning up drinking water. He said he hopes both Evers and Vos will work with him on some "major water initiatives" he's crafting, including a bill that would shift the full $345 annual factory farm water pollution permit fee to the DNR.