The Pentagon says there are no plans to change or reduce the scope of the ongoing military exercises between the U.S. and South Korea that triggered an angry reaction from the North and threatens the planned summit with President Donald Trump next month.

Exercise data: Who ran furthest in 2017?

Make sure you set a goal - according to research from exercise-monitoring app Strava, nine out of 10 people who do so in January are still exercising in October. They've collated 12 months of data on the UK's exercise habits, and here are some of the highlights... The data covered a 12-month spell from 1 October 2016 through to the same date in 2017 as those sharing their exercise habits on the platform across 195 countries uploaded an average of 16 activities per second. And, boy, have people been pounding the pavement. If we add all the kilometres ran globally together, the human race could have visited the moon so many times the adventure would seem mundane.

The United States and South Korea have agreed to indefinitely suspend two exchange program training exercises, the Pentagon said Friday, in the aftermath of the summit earlier this month between President Donald Trump and North Korean leader Kim Jong Un. "To support implementing the outcomes of the Singapore Summit, and in coordination with our Republic of Korea ally, Secretary Mattis has indefinitely suspended select exercises," Pentagon spokeswoman Dana White said. "This includes suspending FREEDOM GUARDIAN along with two Korean Marine Exchange Program training exercises scheduled to occur in the next three months," White said. Regarding suspension of the exercises, South Korea's defense ministry said, "South Korea and the U.S. decided to delay two of KMEP (drills) indefinitely, which was going to take place within the next three months. "This is a part of follow-up measures after the North Korea-U.S. summit and South Korea-NorthKorea summit. There could be additional measures should North Korea follow suit with productive cooperation."

Your pictures on the theme of 'exercise'

A selection of striking images from our readers around the world.

Georgia, U.S. and 11 other nations begin military exercises from base outside Tbilisi 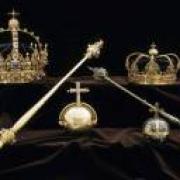 TBILISI – The Georgian military has begun two weeks of military exercises with the United States and 11 other countries. The exercises, involving about 3,000 troops in all, are aimed at improving the former Soviet republic's armed forces and raising cooperation with NATO and other allies. Called "Noble Partner 18," they opened Wednesday at the Vaziani air base on the outskirts of the Georgian capital of Tbilisi. Other countries participating in the exercises include NATO members Britain, Estonia, France, Germany, Lithuania, Norway, Poland and Turkey, along with Armenia, Azerbaijan and Ukraine.