The university said in a news release that Anta Jutla is associate professor of civil and environmental engineering and is part of a British-led humanitarian team. Cholera is caused by consuming contaminated food or water. It can cause severe diarrhea and lead to dehydration and even death.

It has been 200 years since the Greek Parthenon marbles were taken from Athens by a Scottish Lord and sold to the British government. Where they have become a source of national injustice for many Greeks, who say they were removed illegally and should be returned. There are thousands of artefacts around the world, that have been stolen, sold or traded through dubious means. Some of the most controversial pieces are Egyptian. They include the Rosetta Stone, discovered by a Frenchman and later acquired by the British. 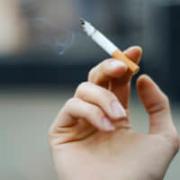 The University of Tokyo dismissed a 32-year-old associate professor on Wednesday for a series of anti-Chinese comments he made on Twitter late last year. Shohei Osawa, an artificial intelligence researcher, "grossly damaged the honor and reputation" of the state-run university, it said in a statement. Osawa tweeted the same day that his dismissal is "unfair" and the university is "wrong in making light of Japan's AI technology development while valuing the diversity of various Asian countries." Between November and December, Osawa made the controversial comments while introducing himself as the university's "youngest associate professor" in his Twitter profile, including that Daisy, an AI technology firm he runs, "will not hire Chinese." "I will not bother to hold an interview if (I learn the applicant is) Chinese. I will eliminate the applicant in document screening," he tweeted, adding, "Workers with low performance levels deserve to be discriminated against in the context of capitalism."

Professor Michelle Simmons from the University of New South Wales (UNSW) has been awarded the title of Australian of the Year for 2018.