How U.S. Troops Are Preparing for the Worst in the Middle East

American military units stationed in Iraq and Syria are readying for attacks from either Iranian forces or their proxies after the drone strike that killed a senior Iranian general last week. It is unclear what an Iranian retaliatory attack would look like after the death of Maj. But, already, American forces in the region are reinforcing their outposts, bases and airfields. The Pentagon has directed about 4,500 additional troops to the region atop the roughly 50,000 already there. Here's how it breaks down.

The American airstrike that killed a powerful Iranian general in Iraq on Friday also killed an Iraqi militia leader who was one of Iran's top lieutenants in Iraq and a veteran of battles against the United States and the Islamic State. The death of the militia leader, Abu Mahdi al-Muhandis, alone would have sent shock waves through Iraq, even if Maj. Gen. Qassim Suleimani, the intelligence chief who led Iran's Quds Force, had not died with him. As the deputy commander of a loose coalition of militias, Mr. al-Muhandis oversaw a disparate military force that arose to help Iraq defeat the Islamic State but has since become a power unto itself, its members operating with significant independence, often at the behest of Iran. Mr. al-Muhandis was also a founder of the individual militia that was attacked by American airstrikes on Sunday and that led the assault on the American Embassy in Baghdad this week. He is still considered heroic by many Iraqis for his ability to corral Iraq's bickering militias into an effective fighting force against the Islamic State.

How Iran's Soleimani plotted to attack U.S. forces in Iraq 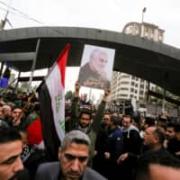 LONDON – In October, Iranian Gen. Qassem Soleimani met with his Iraqi Shiite militia allies at a villa on the banks of the Tigris River, looking across at the U.S. Embassy in Baghdad. The Revolutionary Guards commander instructed his top ally in Iraq, Abu Mahdi al-Muhandis, and other powerful militia leaders to step up attacks on U.S. targets using sophisticated new weapons provided by Iran, said two militia commanders and two security sources briefed on the gathering. The strategy session, which has not been previously reported, came as mass protests against Iran's growing influence in Iraq were gaining momentum, putting the Islamic Republic in an unwelcome spotlight. Soleimani's plans to attack U.S. forces aimed to provoke a military response that would redirect that rising anger toward the United States, according to the sources, Iraqi Shiite politicians and government officials close to Iraqi Prime Minister Adel Abdul Mahdi. Soleimani's efforts ended up provoking the U.S. attack on Friday that killed him and al-Muhandis, marking a major escalation of tensions between the United States and Iran. 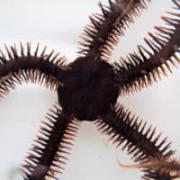 Gen. Qassem Soleimani, head of the elite Quds Force, and Iraqi militia commander Abu Mahdi al-Muhandis were killed late Thursday in an airstrike on their convoy in Baghdad airport, Iraqi officials and media reports said Friday. Al-Muhandis was the deputy commander of Iran-backed militias known as the Popular Mobilization Forces. Their deaths are a potential turning point in the Middle East and are expected to draw severe retaliation from Iran and the forces it backs in the Middle East against Israel and American interests. The PMF blamed the United States for an attack at Baghdad International Airport Friday. The American and Israeli enemy is responsible for killing the mujahedeen Abu Mahdi al-Muhandis and Qassem Soleimani," said Ahmed al-Assadi, a spokesman for the PMF.

Head of Iran-backed militia in Iraq walks back U.S. accusation 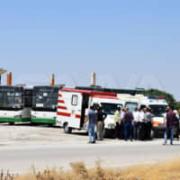 BAGHDAD – The head of Iraq's paramilitary Shiite forces, supported by Iran, on Thursday appeared to walk back a statement by his deputy the day before blaming Israeli drones and claiming the U.S. was responsible for a series of attacks on bases run by the militia. Faleh al-Fayyadh said the statement by his deputy, Abu Mahdi al-Muhandis, did not represent the view of the mainly Shiite paramilitary group known as Popular Mobilization Forces -- or the view of the Iraqi government. Al-Fayyadh's statement alleged the attacks on the bases over the past weeks "were the result of an act organized by a foreign side," but refrained from naming that side. The statements highlight divisions within the Shiite militia force, headed by al-Fayyadh but practically run by his deputy, a powerful military commander known for his anti-American sentiments. The militia group's website published only al-Muhandis' statement Thursday.