Package delivery company United Parcel Service tested home delivery by drone in Lithia, Florida, on Monday, the first step in what the company hopes will be a move toward more automated delivery. A drone launched from a UPS car roof, flew autonomously toward its destination, dropped a package and then returned to the vehicle, as the driver separately continued on a delivery route. The Tampa-area test, which UPS said went as expected, came less than a month after UPS said it would push forward investment in automation and technology as the company, along with rival FedEx Corp, struggles with slimmer margins from e-commerce business. The system is aimed at rural routes where deliveries are spread out over a large location. It allows drivers to simply pass close to the final delivery destination on a preprogrammed route.

How Are Autonomous Deliveries Taking Off? - TechRound 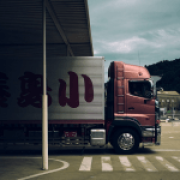 According to Business Insider, more than 50% of the total costs for delivering goods is attributable to what is known as "last mile delivery" – the point at which the package finally arrives at the buyer's door. In a recent study by Global Industry Analysts, the last mile delivery market worldwide is expected to reach over $35 Billion by 2025. Last mile delivery is the most expensive and time-consuming part of the shipping process, either due to lack of density and long distances in rural areas or traffic congestion in urban ones. The idea of using Unmanned Aerial Vehicles (UAVs) – or drones – for last mile delivery is gaining popularity. The use of drones to deliver parcels has the potential to significantly decrease delivery costs – no driver, truck or congestion – and expand coverage areas.

There are more than 1 million drones registered in the U.S.

As consumers demand more convenient fulfillment while technology improves and costs fall, the prospect for autonomous delivery is growing. The implications of the COVID-19 pandemic could create a perfect storm of factors that finally make things like drones and delivery robots ripe for adoption. "The pandemic has increased the viability of autonomous delivery," says Michael Ramsey, vice president and analyst who covers the automotive industry and smart mobility at Gartner. "It's one more box that they can check for in saying'this makes sense.'" No one is certain what the "new normal" will look like, but many agree that greater social distancing could be a part of our future.

It's already been three years since Amazon first revealed its somewhat audacious plan to make deliveries by drone. But the company is quite serious about this, and today it is announcing that it complete the first Amazon Prime Air drone-powered delivery. The company recently launched a trial in Cambridge, England -- and on December 7th, Amazon completed its first drone-powered delivery. It took 13 minutes from order to delivery, with the drone departing a custom-built fulfillment center nearby. Amazon's video about the project says that it's only servicing a few customers in the area right now, but will soon be open to dozens more who live within a few miles of the Cambridge fulfillment center.