Ali Abdullah Saleh, the ousted Yemeni leader, has been killed by Houthi rebels near the country's capital Sanaa, according to officials from his own political party.

The leader of Yemen's Houthi rebels has praised the death of Ali Abdullah Saleh, the country's overthrown president, as a victory against a Saudi-led military coalition that Yemen has been battling.

SANAA – Warplanes from a Saudi-led coalition attacked targets in Sanaa at dawn on Sunday, hours after a three-day truce in Yemen's war expired, residents in the capital said. The cease-fire, agreed to allow for an increased flow of humanitarian aid, ended without renewal after a day of heavy fighting between the Saudi-led Arab coalition and the Iran-allied Houthi movement. Each side accused the other of repeatedly violating the truce and U.N. attempts to extend it before it lapsed appeared to have failed. "The (Houthi) coup militias deliberately thwarted the truce and that further convinced our military and political leadership of their unwillingness to accept a peace," the government's army chief of staff, Mohammed Ali al-Miqdashi, said on Saturday. Airstrikes were reported over some military sites in Sanaa in the Hafa camp to the east and in the Nahdein area in the south. 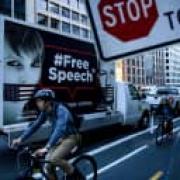 DUBAI, UNITED ARAB EMIRATES - Yemen's Houthi forces have missiles that could be fired at Riyadh, Dubai and Abu Dhabi should violence escalate in the main Yemeni port city of Hodeida, where a fragile cease-fire is now in place, the leader of the Houthi movement said on Monday. Yemen's four-year war pits the Iran-aligned Houthis against the internationally recognized government of President Abd-Rabbu Mansour Hadi, which is backed by a Saudi-led coalition of Yemeni and Arab forces, which include the United Arab Emirates. "Our missiles are capable of reaching Riyadh and beyond Riyadh, to Dubai and Abu Dhabi," Abdul Malik al-Houthi told Houthi-run Masirah TV. "It is possible to target strategic, vital, sensitive and influential targets in the event of any escalation in Hodeida," he said. "We are able to strongly shake the Emirati economy."

The leader of Yemen's Houthi group has marked with a defiant speech the eve of the third anniversary of the day his fighters stormed into the capital Sanaa. Appearing on the Houthi-run Al Masirah TV on Wednesday, Abdel-Malek al-Houthi criticised the Saudi-led coalition opposing his fighters, who control large expanses of territory and took Sanaa on what they consider the "September 21 revolution". Houthi accused the US, Saudi Arabia and the UAE of seeking to divide Yemen by working with local groups and the internationally recognised government of Abd-Rabbu Mansour Hadi to seize control of territory controlled by his fighters. "The Emiratis are the front for the Americans," Houthi said.