Hands on with the Fitbit Versa, a smartwatch for everyone

When Fitbit launched its first "real" smartwatch, the Ionic, last fall, its target customer was clear. Between the many sensors, Fitbit Coach software, and (literally) edgy design, you could tell the Ionic was made for athletes -- or at least those who consider themselves to be one. There are plenty of people who want to get in better shape, but aren't so serious about it. One might even think they're Fitbit's primary demographic. Well, rest easy, Jane and Joe Average -- Fitbit has you covered with the Versa, a smartwatch meant for everyone.

Best Fitbit: We help you choose the right one for your lifestyle

Your message has been sent. There was an error emailing this page. As one of the biggest names in fitness trackers, Fitbit is an easy pick for recording your daily steps or sleep patterns. Cut straight to the chase with our top recommendations. The different Fitbit trackers have a lot of overlap in features, and so it's not straightforward which one is the "best." 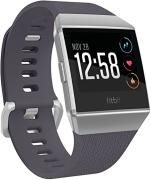 The holidays give us all excuses to plant ourselves on the couch eating Thanksgiving leftovers and watching every Christmas episode of Friends, but just because we can make excuses to spend our day that way doesn't mean we should. If you want to get a head start on one of your New Year's resolutions, how about trading your TV remote in for a dumbbell? If you need some extra motivation to take that step, as most of us do, a Fitbit can be the workout buddy you didn't know you needed. Thankfully, Amazon and plenty of others have started their Black Friday sales early. Whichever Fitbit model you choose, you'll be able to take advantage of heart rate tracking, sleep tracking, built-in goal-based exercise modes, and so much more. At less than $100, the Charge 4 certainly gives you the most bang for your buck.

Save up to $50 on select Fitbit fitness trackers on Amazon

Everyone needs a little help staying on track with their workout regimens. Living a healthy lifestyle takes a lot of work and the people at Fitbit want to give you the edge when it comes to tracking your workouts, activities, and even sleep. You can save up to $50 on select Fitbit devices on Amazon, including some of the company's newest and best-selling models like the Fitbit Versa Smartwatch, the Fitbit Charge 3, and more. If you're looking for a fitness tracker for your workouts and busy lifestyle, then the Fitbit Versa Smartwatch is the one for you. It features all-day activity tracking, including heart rate and sleep, as well as running and swimming mode options and personalized coaching with crazy-long four-day battery life.

Summer is practically here, kids. It's crunch time (literally) if you're still waiting to see some results on that summer body you've been talking about for months. Luckily, Amazon is hooking it up with some awesome Fitbit deals to help you stay on track and pick up the pace. The Fitbit Charge 2 is a stellar choice when it comes to quality Fitbits. Raking in over 16,000 customer reviews, it averages an impressive 4.2 out of 5 star rating.