13 photos of General Kelly that scream: "I hate my boss"

General Kelly has one of the world's toughest jobs: keeping President Trump off Twitter. One slip up and he could put the world at risk of nuclear holocaust. We've all been there, man. The already beleaguered Chief of Staff has had a particularly challenging time the past few weeks, between trying to convince his boss to denounce white supremacists (whomp whomp, Trump didn't quite listen to that) and discouraging him from starting a war with North Korea. Kelly, a man whose soul was carved out of limestone rock, hasn't exactly been "cheesing for the cameras" for the last month.

Insane Clown Posse's Juggalo March takes to the D.C. National Mall, and the photos are epic

The fires moved faster than many people could escape. Sweeping across the hills and valleys of California's wine country, and eventually extending up and down the state, at least 14 large fires advanced with deadly speed amid powerful "Diablo" and "Santa Ana" offshore winds. The fires in northern California proved especially deadly, with the death toll standing at 10 as of Monday at 9 p.m. ET, but it's expected to rise. Seven of these fatalities were in Sonoma County alone. The city of Santa Rosa, population 175,000, was especially hard hit by the Tubbs Fire.

Here are pictures of fluffy dogs we know you want 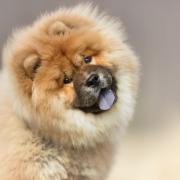 Forget Shark Week, it's Bark Week on Mashable. Join us as we celebrate all the good dogs, which we humans do not deserve. When it all becomes too much, it's important to have an outlet. Sure, yoga is good, and reading a good book is nice. But we're here to talk about the greatest activity of all: looking at fluffy dogs.

Thousands of protesters seeking justice for the police killing of Breonna Taylor marched near the Kentucky Derby on Saturday. Taylor, a 26-year-old Black woman, was fatally shot by Louisville police officers in March when they entered her apartment with a no-knock warrant. None of the police officers involved in Taylor's death have been charged. The famous horse race takes place each year in Louisville, where Taylor moved when she was a teenager. "The eyes of the world are going to be on Louisville, as they are every year during the Derby. It has been nearly six months since Taylor has been murdered and there has been no justice or any information to come out."