WASHINGTON – A bill that many U.S. lawmakers hoped would send a message to President Donald Trump to keep a strong line against Russia hit a new snag in the House of Representatives on Friday, as Republicans proposed combining it with sanctions on North Korea. The Russia sanctions bill passed the Senate on June 15 by 98-2, but it has not come up for a vote in the House. The chamber's Republican leaders initially said there was a technical problem with how the bill was written, but after the Senate altered the bill to fix it, the measure still did not move. On Friday, Republicans suggested reworking the legislation to add new sanctions on North Korea. The Russia sanctions measure passed by the Senate is part of a broader bill that also includes new sanctions on Iran.

WASHINGTON -- Proponents of Senate-passed legislation to hit Russia with economic sanctions and limit the president's authority to lift the penalties fear the Trump administration may seek to dilute the bill and are urging the House to act quickly. Sen. John McCain of Arizona, the Republican chairman of the Senate Armed Services Committee, called Tuesday for the House to vote as soon as possible on the measure. McCain, who has been pushing for months for the U.S. to respond to Russia's election meddling, predicted the legislation would pass overwhelmingly, just as it did in the Senate last week. "We all know that the Russians tried to interfere in our elections," McCain said. "Here we are six months later and we've done nothing."

Talk radio hosts Ben Kissel and Garret Lewis weigh in on whether or not the president should release the details of his meeting with Russian President Valdimir Putin. Newly minted House Intelligence Committee Chairman Adam Schiff hinted over the weekend that he could subpoena notes or testimony from the interpreter in several meetings between President Trump and Russia's Vladimir Putin, a move that would dramatically escalate majority Democrats' investigations into the Trump administration. The chamber's newly empowered Democratic committee chairmen already are probing a range of Trump controversies, including calling a hearing with ex-fixer Michael Cohen who has detailed Trump's alleged role in making hush-money payments to mistresses. But a move to obtain interpreter details from Putin meetings would trigger a major confrontation between the executive and legislative branches concerning discussions with foreign leaders. Schiff, D-Calif., weighed in after The Washington Post reported that Trump took possession of the notes from his own interpreter and instructed the individual not to discuss what had taken place in the meeting with other administration officials. 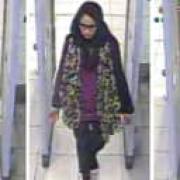 WASHINGTON - Emboldened by their new majority, Democrats are undertaking several broad new investigations into President Donald Trump and setting the stage for a post-Robert Mueller world. Whether the special counsel's final Russia report is damning of the president or not, Democrats in charge of a half-dozen House committees are planning to flood the administration with document requests, calls for testimony and even subpoenas if necessary. The investigations reach far beyond Mueller's focus of Russian interference and collusion in the 2016 campaign. The Democratic efforts increased this past week after Trump's former personal lawyer, Michael Cohen, appeared before two House committees and a Senate committee. In his public testimony before the House Oversight and Reform Committee, Cohen called the president a "con man" and a "cheat" and gave Democrats several new leads for inquiry.

U.S. lawmakers to keep up Turkey sanctions push despite cease-fire 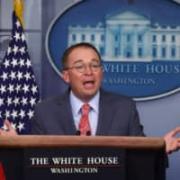 WASHINGTON – Republican and Democratic U.S. lawmakers said on Thursday they would keep up their push for tougher sanctions on Turkey over its offensive in Syria despite the announcement of a five-day cease-fire. Republican Sen. Lindsey Graham and Democratic Sen. Chris Van Hollen announced legislation that would impose "crippling" sanctions on the government in Ankara shortly before U.S. Vice President Mike Pence and Turkish President Recep Tayyip Erdogan said Turkey had agreed to a pause to let Kurdish forces withdraw from a "safe zone." The bill would target Turkish officials, end U.S. military cooperation with the NATO ally and mandate sanctions over Turkey's purchase of a Russian S-400 missile defense system. Leaders of the Senate Foreign Relations and House of Representatives Foreign Affairs committees also unveiled sanctions measures with bipartisan support on Thursday, with many of the same provisions. None of the lawmakers sponsoring the bills planned to abandon them, saying they viewed the threat of tough sanctions as leverage to ensure that Turkey complied with the cease-fire and left Kurdish areas in northern Syria for good.