AI that could thwart illegal activity by identifying criminals before they act is set to be rolled out in India. The aim of the Minority Report-style CCTV surveillance system is to prevent offences such as sexual assault by looking at the body language of people to predict what they are about to do. An Israeli security and AI research company will soon use AI to analyse the terabytes of data streamed from CCTV cameras in public areas in India. Crime-predicting AI that could thwart illegal activity by identifying it before it happens is rolling out in India. The partnership has been formed between Tel Aviv-based company Cortica Best Group in India, according to Digital Trends.

Another Chinese tech giant is now at the center of national security concerns raised by the U.S. Senate. DJI, a Chinese company that dominates the commercial drone market in the U.S., published an 1800-word letter on Monday striking back against mounting concerns on Capitol Hill over spying, following the recent ban on the Chinese telecom giant Huawei. "The security of a company's products depends on the safeguards it employs, not where its headquarters is located," the Shenzhen-based drone maker said in an open letter to Senators on Monday. During a hearing hosted by Transportation Subcommittee of the Senate Commerce Committee last week, some of the experts testified that they believe that DJI has the potential to send data back to China, which poses serious risks. "American geospatial information is flown to Chinese data centers at an unprecedented level. This literally gives a Chinese company a view from above of our nation. DJI says that American data is safe, but its use of proprietary software networks means how would we know?" said Harry Wingo, Chair of the Cyber Security Department from the National Defense University.

AI Stats News: 39% Of Business Executives Predict China Will Overtake US As The Global AI Leader

The recent surveys, studies, forecasts and other quantitative assessments of the health and progress of AI provided new numbers regarding business leaders' assessment of China as a global AI leader, the current worldwide ranking of China's AI-related entrepreneurial and research activities, plans for AI adoption by U.S. enterprises and expectations regarding its impact on jobs, and the use of AI in face recognition, physical security monitoring, cashierless retail, categorizing open-ended survey responses, and detecting plant diseases and atrial fibrillation. A doctor examines a magnetic resonance image on a computer screen during the CHAIN Cup at the China National Convention Center in Beijing, June 30, 2018. A computer running artificial intelligence software defeated two teams of human doctors in accurately recognizing maladies in magnetic resonance images in a contest that was billed as the world's first competition in neuroimaging between AI and human experts. The U.S. Department of Homeland Security estimates face recognition will scrutinize 97% of outbound airline passengers by 2023 [The Economist] More than 4.5 million websites use reCAPTCHA and the system collects hundreds of millions of daily solves or more than 100 person-years of labor every day; Google/reCAPTCHA has extracted to date over $7 billion of free labor [hcaptcha] The Bureau of Labor Statistics' injury and illness database is built upon text-based descriptions of work-related injuries and illnesses it receives from workplaces across the country each year; categorizing the description into actionable data used to be done manually, but this year, the BLS has done 80% of that automatically using deep neural networks [governmentCIO] The AI market worldwide is estimated to grow by $75.54 billion from 2019 to 2023 [Technavio] The AI market worldwide is estimated to reach $202.57 Data is eating the world quote of the week: "The market for data labeling passed $500 million in 2018 and it will reach $1.2 billion by 2023, according to the research firm Cognilytica. This kind of work, the study showed, accounted for 80 percent of the time spent building A.I. technology"--The New York Times AI is "mimicking the brain" quote of the week: "Computer vision… is nothing like the human sort"--The Economist Robots are eating the world quote of the week: "A human can certainly move a part faster than a cobot [collaborative robot]. However, it does not take coffee breaks and continues to work for several hours after we have already gone home"--Pekka Myller, Ket-Met Robots are eating the world quote of the 19th century: "[A Linotype] could work like six men and do everything but drink, swear, and go out on strike"--Mark Twain 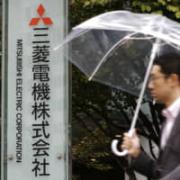 YOKOHAMA – A 50-year-old man was arrested Friday for stealing computer hard drives after the Kanagawa Prefectural Government reported that some of its discarded drives with personal data on them had been sold online, police said. Yuichi Takahashi of information equipment recycling company Broadlink Co. was charged with stealing 12 hard drives stored at the company's technical center on Tuesday. He admitted to the allegation, saying he intended to sell them online, and also admitted to taking 18 hard drives containing personal data that were discarded by the Kanagawa Prefectural Government, according to the police. As part of its agreement with Kanagawa, Broadlink was supposed to have destroyed the drives, which had been used in the prefectural government's computer servers. Takahashi told the police that he had stolen hard drives on several occasions since around March 2016, and the police are investigating other potential cases.

YANGON – An attack by ethnic Rohingya militants in western Myanmar has left 12 security personnel and 77 Rohingya Muslims dead in a dramatic escalation of communal violence that has plagued the region. The United States urged authorities to avoid a response that would inflame the tensions. The office of the country's leader, Aung San Suu Kyi, said Friday that military and border police had responded to the attacks by launching "clearance operations." Police fought off groups of as many as 100 Rohingya attackers armed with guns, machetes and homemade grenades on Thursday night. The captured weapons were shown in photos posted online by the government.