"The new government will catapult the UAE into its prosperous centenary which aims for fostering knowledge, science and research as well as engaging the youth in the leadership of the nation," Shaikh Mohammad said.

His Highness Sheikh Mohamed bin Zayed Al Nahyan was educated at schools in Al Ain and Abu Dhabi until the age of 18. In 1979, he joined the prestigious Royal Military Academy Sandhurst, where he trained in armour, helicopter flying, tactical flying and paratroops. After graduating in April 1979, he returned home to the UAE to join the Officers' Training Course in Sharjah, another Emirate of the UAE. He has held a number of roles in the UAE military, from that of Officer in the Amiri Guard (the UAE's elite security force) and Pilot in the UAE Air Force, to his current role as Deputy Supreme Commander of the UAE Armed Forces. Guided by the directives of the late Sheikh Zayed bin Sultan Al Nahyan and President HH Sheikh Khalifa bin Zayed Al Nahyan, Supreme Commander of the UAE Armed Forces, HH Sheikh Mohamed bin Zayed helped develop the UAE Armed Forces in terms of strategic planning, training, organizational structure and promoting defense capabilities. 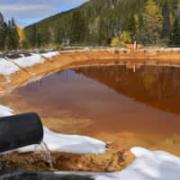 ABU DHABI – The co-creator of a video and voice calling app suspected of being a spying tool of the United Arab Emirates defended his work in an interview with The Associated Press and denied knowing that people and companies linked to the project had ties to the country's intelligence apparatus. Millions downloaded the ToTok app during the several months it was offered in the Apple and Google stores. Co-founder Giacomo Ziani described the popularity as a sign of users' trust despite a longtime ban in the UAE on such apps. He denied that the company collected conversation data, saying the software demanded the same access to devices as other common communication apps. Emirati authorities insisted that they "prohibit any kind of data breach and unlawful interception."

The United Arab Emirates' official news agency says the country's ruler has pledged four billion dollars to boost Egypt's economy. WAM reported Friday that Sheikh Khalifa bin Zayed Al Nahyan has ordered two billion dollars of investment in Egypt, and will deposit two billion dollars in the Egyptian central bank to increase its foreign reserves. The announcement comes a day after Abu Dhabi's crown prince Mohammed bin Zayed Al Nahyan visited Egypt. The UAE has been one of the main backers of Egyptian President Abdel-Fatah el-Sissi after he led the overthrow of the country's Islamist president in 2013. Egypt's economy is suffering following a slump in its vital tourism sector and a devaluation of its currency, and the government faces growing international criticism over its poor human rights record.

UAE Foreign Minister: No Word on Qatari Response to Demands