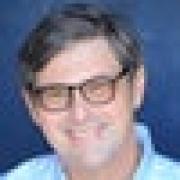 Late last year, I wrote about Apple's first M1 series-powered MacBook Pros and how the company spared no opportunity to bring out the big benchmark guns against its previous efforts as well as rivals. At CES, the empires (at least those that rule PC chips) struck back, with AMD, Intel, and Nvidia all announcing new versions of flagships that address the need to deliver more performance more efficiently. Among the techniques they've addressed, they've all performance and efficiency by tapping into the versatility of the Windows ecosystem for new ways for CPUs and GPUs to work together. With AMD having the longest history offering both CPUs and discrete GPUs, it's been no surprise to see the company embrace more intelligent power shifts between the two. The company upped its SmartShift technology for routing computational load between CPU and GPU to SmartShift Max.

AMD and Intel are locked in an ongoing battle that ends only when one company shutters. Fortunately for us in the stands, neither has any intention of ceding much ground to the other. The result is a never-ending succession of top-notch, affordable CPUs. The release of AMD's Ryzen 6000 mobile processors continues this saga, with the Ryzen 9 6900HS firing a shot directly across Intel's bow. You'll find this chip in thin, lightweight laptops, with far less sacrifice in performance than you might expect when compared to Intel's beefier flagship mobile CPU.

AMD fans looking for an Alienware laptop that flies the flag will finally get their wish with Alienware's new m17 R5 Ryzen Edition, which kicks not just Intel to the curb, but Nvidia too. The Alienware m17 R5 is available with up to a Ryzen 9 6980HX CPU, which can hit boost clocks of 5GHz. Alienware doesn't completely abandon its Nvidia fans, however. While the AMD faithful can buy a Ryzen plus Radeon configuration, the company will also offer Nvidia GPUs, from GeForce RTX 3050 Ti through its GeForce RTX 3080 (and presumably Ti versions too). Reach for the red pill though and you get AMD's newest SmartShift Max feature, which is more aggressive about shifting power between the AMD CPU and the AMD GPU than the original version of SmartShift.

Up close with Nvidia's Dynamic Boost feature for gaming laptops

The future of gaming laptops, it seems, is largely focused around managing the limited thermal budgets between the two hottest components: The CPU and GPU. AMD has SmartShift and Intel has Dynamic Power Share, but both technologies are designed to work exclusively with their own hardware. Now Nvidia's joined the party with its own Dynamic Boost, which aims to leverage the "unused" thermal budget in a laptop. For example, if a laptop has a thermal budget of 115 watts with 35 watts for the CPU, and 80 watts for GPU--why not take any additional power the CPU isn't using to increase performance when gaming? How it works the company isn't detailing, but it is limited to DirectX gaming right now.

Intel claimed Saturday that its new Iris Xe Max graphics can outperform Nvidia's GeForce MX350 in gaming, and even top a GeForce RTX 2080 in some encoding tasks. How it does that--through power sharing, and an Intel technology called Deep Link--could make the package of an 11th-gen Core Tiger Lake CPU and an Iris Xe Max GPU a spec to look for in future laptops. The Iris Xe Max faces off against Nvidia's GeForce MX350 and MX450, both discrete mobile GPUs that split the difference between a gaming-class mobile GPU and the integrated graphics included in mobile Ryzen and Core processors. Intel's targeting the Iris Xe Max at what it calls "mobile creators," and it's not hard to see why: The company's data showed the Tiger Lake-Iris Xe LP combo slightly topping an Ice Lake-GeForce MX350 notebook, though the advantages are slight. In encoding tasks the gap is more profound: 20 percent to 40 percent, and vastly more in some cases.