Controlling Deliberation with the Success Probability in a Dynamic Environment

Seiji Yamada Interdisciplinary Graduate School of Science and Engineering Tokyo Institute of Technology 4259 Nagatsuda, Midori-ku, Yokohama, Kanagawa 226, JAPAN Email: yamada ai.sanken.osaka-u.ac.j p Abstract This paper describes a novel method to interleave planning with execution in a dynamic environment. Though, in such planning, it is very important to control deliberation: to determine the timing for interleaving them, few research has been done. To cope with this problem, we propose a method to determine the interleave timing with the success probability, SP, that a plan will be successfully executed in an environment. We also developed a method to compute it efficiently with Bayesian networks and implemented SZ system. The system stops planning when the locally optimal plan's SP falls below an execution threshold, and executes the plan. Since SP depends on dynamics of an environment, a system does reactive behavior in a very dynamic environment, and becomes deliberative in a static one. We made experiments in Tileworld by changing dynamics and observation costs. As a result, we found the optimal threshold between reactivity and deliberation in some problem classes. Furthermore we found out the optimal threshold is robust against the change of dynamics and observation cost, and one of the classes in which S2"P works well is that the dynamics itself changes. 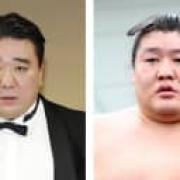 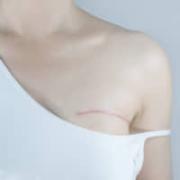 Let's suppose you've agreed to a rather odd travel program, where you're going to be suddenly transported to a randomly selected country, and your job is to figure out where you end up. So, here you are in some new country, and all countries are equally likely. You make a list of places and probabilities that you're in those places (all equally likely at about 1/200 for 200 countries). You look around and appear to be in a restaurant. Some countries have more restaurants (per capita/per land area) than others, so you decrease the odds that you're in Algeria or Sudan and increase the odds that you're in Singapore or other high-restaurant-density places. That is, you just multiply the probability that you were in a country with the probability of finding oneself in a restaurant in that country, given that one were already in the country, to obtain the new probability. After a few moments, the waitress brings you sushi, so you decrease the odds for Tajikistan and Paraguay and correspondingly increase the odds on Japan, Taiwan, and such places where sushi restaurants are relatively common. You pick up the chopsticks and try the sushi, discovering that it's excellent. Japan is now by far the most likely place, and though it's still possible that you're in the United States, it's not nearly as likely (sadly for the US). Those "probabilities" are getting really hard to read with all those zeros in front. All that matters is the relatively likelihood, so perhaps you scale that last column by the sum of the whole column. Now it's a probability again, and it looks something like this: Now that you're pretty sure it's Japan, you make a new list of places inside Japan to see if you can continue to narrow it down. You write out Fukuoka, Osaka, Nagoya, Hamamatsu, Tokyo, Sendai, Sapporo, etc., all equally likely (and maybe keep Taiwan too, just in case). Now the waitress brings unagi. You can get unagi anywhere, but it's much more common in Hamamatsu, so you increase the odds on Hamamatsu and slightly decrease the odds everywhere else. 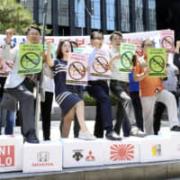 The rainy season has ended in Tokyo and other areas in the Kanto-Koshin region of eastern and central Japan 30 days later than last year, the Meteorological Agency said Monday, giving way to intense heat. Rainfall between June 7 and July 28 hit 526 milimeters in Choshi, Chiba Prefecture, 480.5 mm in Maebashi, Gunma Prefecture, 459 mm in Utsunomiya, Tochigi Prefecture, and 446 mm in Yokohama. Now that the rainy season has passed, temperatures of over 31 degrees are forecast through this weekend across the nation. In the cities of Osaka and Fukuoka, temperatures are expected to exceed 35 degrees. On Monday the weather agency urged precautions against heatstroke, advising that people stay hydrated and find places to cool off.