The International Criminal Court (ICC) prosecutor has expressed alarm at the inhumane detention of thousands of vulnerable refugees and migrants in Libya and said she was examining whether an investigation could be opened into crimes against them. Libya is the main gateway for refugees and migrants attempting to reach Europe by sea. The UN migration agency said more than a thousand refugees and migrants have been reported dead or missing in the Mediterranean this year, while an unknown number perish in the desert. According to the International Organisation for Migration, 20,000 refugees and migrants are held by criminal gangs in irregular detention centres in Libya and growing numbers of migrants are traded in what they call slave markets before being held for ransom, forced labour or sexual exploitation. ICC prosecutor Fatou Bensouda told the United Nations Security Council that her office was collecting and analysing information "related to serious and widespread crimes allegedly committed against migrants attempting to transit through Libya".

The horror of Syria's war is in the millions of pictures that are too gruesome to circulate--charred limbs stacked outside hospital wards, bloated bodies rotting in sniper alleys, a toddler plucked from the rubble without a head. It is in a group of relatives trying to carry the sixty-pound corpse of a man who died of hunger--the boiled grass he'd been living on could no longer sustain him--but struggling under his weight, because they, too, are starving to death. It is in a generation of orphans, of children who never learned to read but can tell you the difference between the sounds of shelling and those of air strikes. It is in the intentional bombing of hospitals and clinics, the targeted assassinations of medical workers, the forced displacements, the chemical-weapons attacks. It is in a death toll so high, and so impossible to verify, that the U.N. stopped counting two years ago. 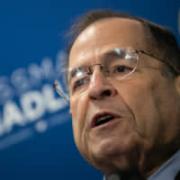 PARIS - More than 40,000 people have been intercepted in the Mediterranean and taken to detention camps and torture houses under a European migration policy that is responsible for crimes against humanity, according to a legal document asking the International Criminal Court to take the case Monday. The request filed with the ICC alleges that European Union officials are knowingly responsible for deaths of migrants at land and sea, and their widespread rape and torture at the hands of a Libyan coast guard funded and trained at the expense of European taxpayers. It names no EU official but cites an ongoing ICC investigation into the fate of migrants in Libya. Officials with the European Commission, Germany and Spain defended EU policy and efforts to help migrants in Libya. France dismissed the accusations as "senseless" and lacking "any legal foundations."

ICC vs Myanmar: A unique opportunity for ensuring accountability

At a time when the number of refugees and internally displaced are the highest in decades globally, addressing root causes and ensuring accountability are important. Representatives of the UN Security Council recently concluded a fact-finding visit to Myanmar and Bangladesh. The possibility of Myanmar investigating and pursuing accountability for the atrocities that have been committed was raised. This has been met with much scepticism, given denial on the part of the Myanmar government regarding any responsibility for the mass exodus of the Rohingya. There are also growing calls for the UNSC to refer the matter to the International Criminal Court (ICC).

The Philippines will allow an investigation into alleged human rights abuses in its bloody war on drugs, but not if it is conducted by the United Nations' current special rapporteur on extrajudicial killings, a senior official said on Tuesday.