US President Donald Trump has praised Saudi Arabia after the dismissal of a number of senior ministers and the detention of princes in what the state is calling an anti-corruption investigation. Last week's purge and detentions are widely being seen as an effort by Crown Prince Mohammed bin Salman to assert his influence within the country. "I have great confidence in King Salman and the Crown Prince of Saudi Arabia, they know exactly what they are doing," Trump tweeted on Monday. Prince Alwaleed bin Talal, a billionaire businessman who owns the investment firm Kingdom Holding, was among those held last week, according to state media. Nasser bin Aqeel al-Tayyar, a board member of Saudi Arabia's biggest travel company, was also reportedly on the list. 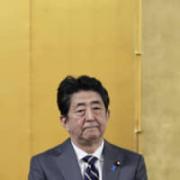 RIYADH – Prime Minister Shinzo Abe on Sunday sought cooperation from Saudi Arabia to ensure stability in the Middle East amid heightened U.S.-Iran tensions. In his meeting with Prince Faisal bin Farhan Al Saud, who is also Saudi foreign minister, Abe said he is "deeply worried" about the Middle East situation and Tokyo is aiming to help reduce the tensions through diplomatic efforts. Abe also explained Japan's planned dispatch of a Self-Defense Forces destroyer and patrol planes to the region to gather information and thereby help ensure safety of commercial shipping, according to the Foreign Ministry. In response, the Saudi foreign minister hailed the decision, saying that it is the responsibility of "all countries concerned" to secure safe navigation, the ministry said. Abe met with Saudi King Salman on Sunday afternoon and he will meet with Crown Prince Mohammed bin Salman later in the day.

Mohammad bin Salman, who was the deputy crown prince of Saudi Arabia, has been announced as the crown prince of Saudi Arabia, Wednesday. He will succeed former crown Prince Muhammad bin Nayef, who also happens to be Prince Salman's uncle. The major reshuffle that took place via a surprise royal decree, saw Nayef, who was next in line for the King Salman's throne, step down and be replaced by Prince Salman, the reigning king's son, reported local news agency SPA. Thirty-one out of 43 members of the Kingdom's Succession Committee chose Prince Salman as the crown prince during a meeting at Al Safa Palace in Mecca, Saudi Arabia during the early hours of Wednesday, Arab News reported. Prince Salman has previously served as the defense minister and chairman of the Council for Economic and Development Affairs of the kingdom.

The appointments follow Riyadh's efforts to overcome an international outcry over last year's murder of journalist Jamal Khashoggi by Saudi agents, which damaged relations with Western allies including the United States.