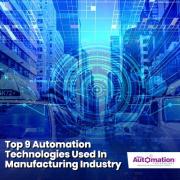 Internet of Business's comprehensive guide to where Industry 4.0 will lead manufacturers in the year ahead. Most manufacturers believe they are leading their markets in Industry 4.0 technologies, despite evidence to the contrary. There is a huge gap between the many companies that are exploring digital manufacturing strategies – via technologies such as automation, robotics, AI, and the Internet of Things – and those that are implementing them successfully. With Brexit looming, many manufacturers and solutions providers fear what this will mean for the wider European industrial community, which depends on the free movement of people and confident investment. The UK Budget recently sought to soften this blow by reinforcing the UK's commitment to a strong environment for international scientific collaboration. As part of this investment in R&D, the government will increase the Industrial Strategy Challenge Fund by £1.1 billion, supporting technologies of the future. This includes up to £121 million for the Made Smarter initiative to support the transformation of manufacturing through digitally enabled technologies, such as the Internet of Things and virtual reality.

The concept of the fourth industrial revolution was first introduced in Hannover earlier in this decade. This followed several decades of industrial automation, albeit at lower levels of functionality and complexity. Many developments have since shaped several industry 4.0 technologies that were previously under the purview of researchers. This is possible today, mainly due to innovations in technology, software, and hardware. Already, the increasing human-machine, machine-machine, and human-human connectivity influence production systems and processes across the world. Industry 4.0 trends and technologies are fundamental in achieving connected manufacturing geared towards smart and autonomous factories.

From advanced robotics in R&D labs to computer vision in warehouses, technology is making an impact on every step of the manufacturing process. Lights-out manufacturing refers to factories that operate autonomously and require no human presence. These robot-run settings often don't even require lighting, and can consist of several machines functioning in the dark. While this may sound futuristic, these types of factories have been a reality for more than 15 years. Famously, the Japanese robotics maker FANUC has been operating a "lights-out" factory since 2001, where robots are building other robots completely unsupervised for nearly a month at a time. "Not only is it lights-out," said FANUC VP Gary Zywiol, "we turn off the air conditioning and heat too." To imagine a world where robots do all the physical work, one simply needs to look at the most ambitious and technology-laden factories of today. For example, the Dongguan City, China-based phone part maker Changying Precision Technology Company has created an unmanned factory. Everything in the factory -- from machining equipment to unmanned transport trucks to warehouse equipment -- is operated by computer-controlled robots. The technical staff monitors activity of these machines through a central control system. Where it once required about 650 workers to keep the factory running, robot arms have cut Changying's human workforce to less than a tenth of that, down to just 60 workers. A general manager for the company said that it aims to reduce that number to 20 in the future. As industrial technology grows increasingly pervasive, this wave of automation and digitization is being labelled "Industry 4.0," as in the fourth industrial revolution. So, what does the future of factories hold? Manufacturers predict overall efficiency to grow annually over the next five years at 7x the rate of growth seen since 1990.

Big data analytics (BDA), the Industrial Internet of Things (IIoT), artificial intelligence, machine learning, digitization and the cloud cause manufacturers to consider the disruptive potential these new technologies can have on their market and processes. A new white paper, produced by PMMI, The Association for Packaging and Processing Technologies notes that the automotive, electronics and aerospace industries have been quick in adopting technologies while the food and beverage processing sector has been more cautious. Yet there are myriad opportunities for implementing BDA in food and beverage processingto improve food safety, support product customization and improve product sorting. Manufacturers are facing many challenges that are motivating them to introduce or expand BDA solutions. These challenges include the need for increased efficiency, reduced downtime, quality management, flexibility and cost savings.