How 'ban the box' policies unintentionally cause discrimination against these workers

These papers have not been peer-reviewed, but are circulated by their authors for comment and discussion. With the NBER's blessing, Making Sen e is pleased to feature these summaries regularly on our page. The following summary was written by the NBER and doesn't necessarily reflect the views of Making Sen e. A person who can't get a job upon release from prison is more likely to break the law again. But employers don't want to hire ex-offenders -- particularly those released recently -- because as a group, they are less prepared for work life, in worse health and more likely to misbehave than non-offenders.

L.A. wants to delay when employers may ask about criminal histories

A Los Angeles City Council committee voted Tuesday to prohibit most employers in the city from asking about a job applicant's criminal history until after a conditional offer has been made. State and local governments in California are already prevented from asking whether a person has ever been convicted of a crime until an initial offer of employment has been made. President Obama announced in November that the federal government and its contractors would also stop asking about job applicants' criminal histories in the preliminary stages of the interview process. The City Council's Economic Development Committee voted 4-0 to extend that law to businesses with 10 or more employees, as well as to city contractors and subcontractors. "It's designed to give someone a fair chance," said Councilman Curren Price, the committee chairman.

L.A. County considers making it easier for those who've done time to get jobs 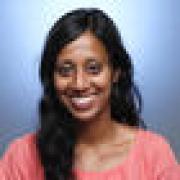 When Lily Gonzalez was released from Valley State Prison in Chowchilla in 2012, all she wanted to do was put incarceration behind her. She hoped to go back to work, continue her education at Cal State Northridge and reconnect with her 11-year-old daughter. "I tried to assimilate," she said. Gonzalez had been convicted of multiple felonies for falsifying signatures on documents -- "something stupid I did when I was 18 years old," she said. Instead of returning to her old life, including a job with the county's Department of Consumer Affairs, Gonzalez found herself stuck.

We develop tools for utilizing correspondence experiments to detect illegal discrimination by individual employers. Employers violate US employment law if their propensity to contact applicants depends on protected characteristics such as race or sex. We establish identification of higher moments of the causal effects of protected characteristics on callback rates as a function of the number of fictitious applications sent to each job ad. These moments are used to bound the fraction of jobs that illegally discriminate. Applying our results to three experimental datasets, we find evidence of significant employer heterogeneity in discriminatory behavior, with the standard deviation of gaps in job-specific callback probabilities across protected groups averaging roughly twice the mean gap. In a recent experiment manipulating racially distinctive names, we estimate that at least 85% of jobs that contact both of two white applications and neither of two black applications are engaged in illegal discrimination. To assess the tradeoff between type I and II errors presented by these patterns, we consider the performance of a series of decision rules for investigating suspicious callback behavior under a simple two-type model that rationalizes the experimental data. Though, in our preferred specification, only 17% of employers are estimated to discriminate on the basis of race, we find that an experiment sending 10 applications to each job would enable accurate detection of 7-10% of discriminators while falsely accusing fewer than 0.2% of non-discriminators. A minimax decision rule acknowledging partial identification of the joint distribution of callback rates yields higher error rates but more investigations than our baseline two-type model. Our results suggest illegal labor market discrimination can be reliably monitored with relatively small modifications to existing audit designs.

An aging population, coupled with low employment rates among Americans older than 62, poses severe challenges to the long-term sustainability of Social Security. Numerous reforms have been proposed to extend their working lives, including raising the retirement age. Such reforms may be unlikely to gain traction -- not because people are so eager to retire, but because age discrimination sharply limits job opportunities. After decades of debate, most labor economists today accept that discrimination has played a role in limiting job market opportunities for minorities and women. There's been a steady buildup of evidence that is hard to refute.