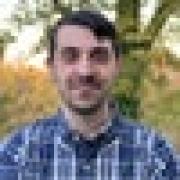 A new report from Zapata Computing, a developer of quantum-ready software, found that 69% of all surveyed enterprise executives are looking into ways that quantum computing can benefit their companies. The study queried 300 CIOs, CTOs, and "other VP-level and above executives" at global enterprises with annual revenues over $250 million. It found that the vast majority have already begun looking into quantum computing, with a larger 74% noting that companies will "fall behind" if they fail to tap into it. The driving force behind this positive sentiment is the belief that quantum technology could offer a competitive edge; 41% of respondents expect it to have a positive impact on their company's performance within two years. A smaller 12% either believe they have already benefited from it or will within one year.

Quantum Mechanics on the Classical Computer

The U.S. Department of Energy (DOE) is joining the quest to develop quantum computers, devices that would exploit quantum mechanics to crack problems that overwhelm conventional computers. The initiative comes as Google and other companies race to build a quantum computer that can demonstrate "quantum supremacy" by beating classical computers on a test problem. But reaching that milestone will not mean practical uses are at hand, and the new $40 million DOE effort is intended to spur the development of useful quantum computing algorithms for its work in chemistry, materials science, nuclear physics, and particle physics. With the resources at its 17 national laboratories, DOE could play a key role in developing the machines, researchers say, although finding problems with which quantum computers can help isn't so easy.

Watch an Expert Explain Quantum Computing to an 8-Year-Old

It's time that you did. The basic idea--tap into quantum physics to make immensely powerful computers--isn't new. Nobel-winning physicist Richard Feynman is generally credited with first suggesting that in 1982. But in the past few years the concept has started to become more real. Google, IBM, Intel, Microsoft, and a pack of startups are all building and testing quantum computing hardware and software.