Life and consciousness – The Vedāntic view

In the past, philosophers, scientists, and even the general opinion, had no problem in accepting the existence of consciousness in the same way as the existence of the physical world. After the advent of Newtonian mechanics, science embraced a complete materialistic conception about reality. Scientists started proposing hypotheses like abiogenesis (origin of first life from accumulation of atoms and molecules) and the Big Bang theory (the explosion theory for explaining the origin of universe). How the universe came to be what it is now is a key philosophical question. The hypothesis that it came from Nothing (as proposed by Stephen Hawking, among others), proves to be dissembling, since the quantum vacuum can hardly be considered a void. 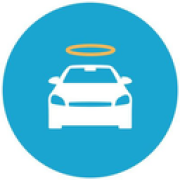 If you like disrupting the norm and are looking for a company revolutionizing an industry then you will LOVE what Carvana has done for the car buying experience. Buying a car the old fashioned way sucks and we are working hard to make it NOT suck. For more information on Carvana and our mission, sneak a peek at our company introduction video or learn more about what it's like to work here from the people that already do. The Conversational AI team is a talented and humble group of people with backgrounds in Product, Design, Data Science and Engineering, that are focused on Human Computer interaction (HCI). Our core product is a communication platform that car buyers, sellers and Carvana Advocates rely on every day for a seamless car shopping experience.

The study of black holes has fascinated man ever since 1915, when the concept was first theorized. It has permeated popular culture through the entertainment world because of the wonder the idea holds. So, any new development in this sphere tends to be awaited with bated breath. The science behind the origin of the black hole has been a fiercely debated topic among those who have dedicated their life to understanding these enigmatic presences. While some theories have said that black holes were formed right after the big bang, others have argued they were formed with the death of the first star, millions of years after the formation of the galaxy.

Phosphorus is key for understanding the story of our universe, and of life on Earth. It forms a part of the DNA and RNA molecules that together create more complex structures including humans, and is required to power cells and their membranes. But it also remains largely mysterious. Theoretical models of the evolution of chemicals within the galaxy have not been able to explain either the origin or the quantity of phosphorus that can be found within the Milky Way and our solar system. Our current account of the way those chemicals come about suggests there should be far less phosphorus than is actually found.