Scaredy-Cat Lizards Are The Product Of Their Environment

Natural selection shapes behavior as well as morphology -- but it can have different effects in males and females! Assessment of risk-taking behaviors of the Bahaman brown anole (Anolis sagrei): Exploratory behavior is favored in the absence of predators, whereas avoidance of the ground is favored in their presence. Scientific research long ago established that natural selection can change an animal's physical appearance. For example, animals with longer limbs are faster runners whereas animals with shorter limbs are more efficient climbers. But does natural selection shape an animal's behavior, too? 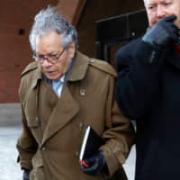 Invasive species can dramatically reshape environments and cause extinction, even when they do not prey on their newfound neighbors, according to new research that highlights the dangers of altering habitats. The six-year study of lizards on a string of remote islands found that the arrival of a predator can prompt species that previously co-existed peacefully to cluster in a shared refuge, creating competition that can be devastating. It challenges a long-standing theory that predators feeding on animals lower down the food chain prevent any one prey species from dominating a habitat, and so promote ecological diversity. "Our results suggest that we need to update conventional wisdom in a few ways," said lead author Robert Pringle, associate professor of ecology and evolutionary biology at Princeton University. "We need to think about unexpected indirect impacts -- the species at greatest risk of extinction might not necessarily be those with the greatest risk of being eaten," he said.

All sharks are not alike: A new study shows unique personality differences

A group of researchers at Australia's Macquarie University department of biological sciences found that the behavior of Heterodontus portusjacksoni sharks, which they observed in Port Jackson, Australia, revealed differences in personalities. When exposed to stress or an unfamiliar environment, while some shark responses were consistent with one another, others were unique to the individual. The group tested sharks' boldness and risk-taking characteristics by initially putting them in a tank with a shelterbox and fish (as their food), and timed how long it took each shark to emerge from the shelter and explore the new surroundings. Certain sharks also seemed to become more stressed than others when they were held out of water. Researchers found a correlation between boldness and more active stress responses, while juvenile sharks seemed to be bolder over all.

If you think noise pollution only stresses city slickers - think again. European sea bass experience higher stress levels when exposed to the types of piling - a mechanical device used to drive poles into the ground - and drilling sounds made during the construction of offshore structures, researchers have found. These fish also show signs of being confused when they encountered a potential predators while exposed to these underwater noises. To conduct the study, the researchers played recordings of drilling from the English Channel, made during the installation of a new tidal barrage. The sound of piling was taken from the construction of a new lifeboat station at Swansea Bay.

The recent successes of deep learning and deep reinforcement learning have firmly established their statuses as state-of-the-art artificial learning techniques. However, longstanding drawbacks of these approaches, such as their poor sample efficiencies and limited generalization capabilities point to a need for re-thinking the way such systems are designed and deployed. In this paper, we emphasize how the use of these learning systems, in conjunction with a specific variation of evolutionary algorithms could lead to the emergence of unique characteristics such as the automated acquisition of a variety of desirable behaviors and useful sets of behavior priors. This could pave the way for learning to occur in a generalized and continual manner, with minimal interactions with the environment. We discuss the anticipated improvements from such neuro-evolutionary frameworks, along with the associated challenges, as well as its potential for application to a number of research areas.