We describe a state-of-the-art sentiment analysis system that detects (a) the sentiment of short informal textual messages such as tweets and SMS (message-level task) and (b) the sentiment of a word or a phrase within a message (term-level task). The system is based on a supervised statistical text classification approach leveraging a variety of surface-form, semantic, and sentiment features. The sentiment features are primarily derived from novel high-coverage tweet-specific sentiment lexicons. These lexicons are automatically generated from tweets with sentiment-word hashtags and from tweets with emoticons. To adequately capture the sentiment of words in negated contexts, a separate sentiment lexicon is generated for negated words. The system ranked first in the SemEval-2013 shared task `Sentiment Analysis in Twitter' (Task 2), obtaining an F-score of 69.02 in the message-level task and 88.93 in the term-level task. Post-competition improvements boost the performance to an F-score of 70.45 (message-level task) and 89.50 (term-level task). The system also obtains state-of-the-art performance on two additional datasets: the SemEval-2013 SMS test set and a corpus of movie review excerpts. The ablation experiments demonstrate that the use of the automatically generated lexicons results in performance gains of up to 6.5 absolute percentage points.

Sentiment analysis is a highly subjective and challenging task. Its complexity further increases when applied to the Arabic language, mainly because of the large variety of dialects that are unstandardized and widely used in the Web, especially in social media. While many datasets have been released to train sentiment classifiers in Arabic, most of these datasets contain shallow annotation, only marking the sentiment of the text unit, as a word, a sentence or a document. In this paper, we present the Arabic Sentiment Twitter Dataset for the Levantine dialect (ArSenTD-LEV). Based on findings from analyzing tweets from the Levant region, we created a dataset of 4,000 tweets with the following annotations: the overall sentiment of the tweet, the target to which the sentiment was expressed, how the sentiment was expressed, and the topic of the tweet. Results confirm the importance of these annotations at improving the performance of a baseline sentiment classifier. They also confirm the gap of training in a certain domain, and testing in another domain.

We present work on sentiment analysis in Twitter for Macedonian. As this is pioneering work for this combination of language and genre, we created suitable resources for training and evaluating a system for sentiment analysis of Macedonian tweets. In particular, we developed a corpus of tweets annotated with tweet-level sentiment polarity (positive, negative, and neutral), as well as with phrase-level sentiment, which we made freely available for research purposes. We further bootstrapped several large-scale sentiment lexicons for Macedonian, motivated by previous work for English. The impact of several different pre-processing steps as well as of various features is shown in experiments that represent the first attempt to build a system for sentiment analysis in Twitter for the morphologically rich Macedonian language. Overall, our experimental results show an F1-score of 92.16, which is very strong and is on par with the best results for English, which were achieved in recent SemEval competitions.

A Panoramic Survey of Natural Language Processing in the Arab World 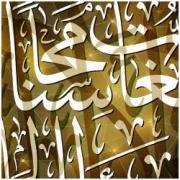 Though Arabic NLP has many challenges, it has seen many successes and developments.

Sentiment analysis (SA) is a task related to understanding people's feelings in written text; the starting point would be to identify the polarity level (positive, neutral or negative) of a given text, moving on to identify emotions or whether a text is humorous or not. This task has been the subject of several research competitions in a number of languages, e.g., English, Spanish, and Arabic, among others. In this contribution, we propose an SA system, namely EvoMSA, that unifies our participating systems in various SA competitions, making it domain independent and multilingual by processing text using only language-independent techniques. EvoMSA is a classifier, based on Genetic Programming, that works by combining the output of different text classifiers and text models to produce the final prediction. We analyze EvoMSA, with its parameters fixed, on different SA competitions to provide a global overview of its performance, and as the results show, EvoMSA is competitive obtaining top rankings in several SA competitions. Furthermore, we performed an analysis of EvoMSA's components to measure their contribution to the performance; the idea is to facilitate a practitioner or newcomer to implement a competitive SA classifier. Finally, it is worth to mention that EvoMSA is available as open source software.