The 5 Most Common Cancers In Men

Cancer is one of the leading causes of death in the U.S., and is expected to be the number one killer in 16 years. Men are more likely to die of cancer than women, but scientific advancements like antibiotics, vaccines, and chemotherapy have decreased how often people die of cancer. Prostate cancer is the leading cancer for males, but there are other cancers men should protect themselves against as well. Prostate cancer is the number one cancer risk for men, and the number two cancer killer (after lung cancer). About one man in seven will be diagnosed with prostate cancer during his lifetime, according to the American Cancer Society.

As Mother Jones reported last month, alcohol-related cancers are estimated to kill about 20,000 Americans every year. That depressing news prompted some readers to announce that they would quit drinking. It led others to reach out to us with an important question: Does quitting actually help? In other words, if drinking raises your risk of cancer, does quitting--or cutting back--bring it down? This question has been answered pretty definitively for smokers, who see almost immediate health benefits from quitting and a significant reduction in cancer risk within five years of their last cigarette.

With cancer, it's not necessarily where it starts but how it starts 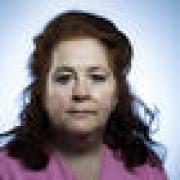 Ever since 1761, when the Italian physician Giovanni Battista Morgagni published his detailed findings from 700 autopsies, cancers have been inextricably linked with the organs they inhabit. Over the next 250 years, physicians would learn that even after a tumor had been fully excised from one organ, some remnant of the malignancy could spread to other organs through fluids like blood and lymph. With the advent of microscopes in the late 19th century, they would begin to appreciate tumors' commonalities and differences in cellular detail. And with the decoding of the human genome, they would begin to discern the roles that DNA mutations play in helping cancers begin, grow and spread. Through it all, doctors have organized their notions of cancer according to that fundamental principle of real estate: location, location, location. 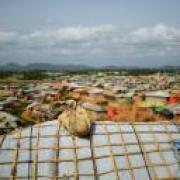 MIAMI – Screening for colon cancer should begin earlier, at age 45 instead of 50, due to an uptick in colorectal tumors among younger people, the American Cancer Society said on Wednesday. The new guidelines came after research showed a 51 percent increase in colorectal cancer among people under 50 since 1994, and an accompanying rise in death rates. "When we began this guideline update, we were initially focused on whether screening should begin earlier in racial subgroups with higher colorectal cancer incidence, which some organizations already recommend," said Richard Wender, chief cancer control officer for the American Cancer Society. Groups known to suffer disproportionately high rates of colon cancer include African-Americans, Alaska Natives, and American Indians. "But as we saw data pointing to a persistent trend of increasing colorectal cancer incidence in younger adults, including American Cancer Society research that indicated this effect would carry forward with increasing age, we decided to reevaluate the age to initiate screening in all U.S. adults." 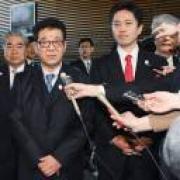 SAITAMA – A breast cancer survivor has created an undershirt with a built-in bra to help other women fighting the disease. After having one of her breasts removed due to cancer, Mie Bowman, 36, now runs an underwear business called Shitagiya Clove. She holds sessions in the city of Saitama where women being treated for breast cancer can share their experiences and concerns while trying the underwear. Bowman was diagnosed with early stage cancer at 31 and chose to undergo a mastectomy, but the surgery left her self-conscious about her appearance and reluctant to go out in public. She also found it difficult to purchase suitable underwear, with items for breast cancer patients only available online, meaning she could not try them on beforehand.