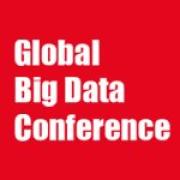 News concerning Artificial Intelligence (AI) abounds again. The progress with Deep Learning techniques are quite remarkable with such demonstrations of self-driving cars, Watson on Jeopardy, and beating human Go players. This rate of progress has led some notable scientists and business people to warn about the potential dangers of AI as it approaches a human level. Exascale computers are being considered that would approach what many believe is this level. However, there are many questions yet unanswered on how the human brain works, and specifically the hard problem of consciousness with its integrated subjective experiences.

The Future of AI: Smart Machines Will Save Us, Not Destroy Us

To commemorate the silver jubilee of FICO's use of artificial intelligence and machine learning, we asked FICO employees a question: What does the future of AI look like? The post below is one of the thought-provoking responses, from Shafi Rahman, a principal scientist at FICO, working in San Diego.

The Future of AI: Smart Machines Will Save Us, Not Destroy Us - Business Intelligence Info

To commemorate the silver jubilee of FICO's use of artificial intelligence and machine learning, we asked FICO employees a question: What does the future of AI look like? The post below is one of the thought-provoking responses, from Shafi Rahman, a principal scientist at FICO, working in San Diego. The most memorable scene in the film 2001: A Space Odyssey is when HAL 3000 turns off the life-support functions of the crew in an attempt to keep itself from getting disconnected. This was my first encounter with what we call artificial intelligence. Then in Terminator, we were introduced to Skynet, a neural network based AI, which raised an army of robots for self-preservation.

Stephen Hawking fears AI could destroy humankind. Should you worry?

Machines turning on their creators has been a popular theme in books and movies for decades, but very serious people are starting to take the subject very seriously. Physicist Stephen Hawking says, "the development of full artificial intelligence could spell the end of the human race." Tesla Motors and SpaceX founder Elon Musk suggests that AI is probably "our biggest existential threat." Artificial intelligence experts say there are good reasons to pay attention to the fears expressed by big minds like Hawking and Musk -- and to do something about it while there is still time. Hawking made his most recent comments at the beginning of December, in response to a question about an upgrade to the technology he uses to communicate, He relies on the device because he has amyotrophic lateral sclerosis, a degenerative disease that affects his ability to move and speak.

Artificial intelligence research is ushering in a new era of sophisticated, mass-market transportation technology. While computers can already fly a passenger jet better than a trained human pilot, people are still faced with the dangerous yet tedious task of driving automobiles. Intelligent Transportation Systems (ITS) is the field that focuses on integrating information technology with vehicles and transportation infrastructure to make transportation safer, cheaper, and more efficient. Recent advances in ITS point to a future in which vehicles themselves handle the vast majority of the driving task. Once autonomous vehicles become popular, autonomous interactions amongst multiple vehicles will be possible.