Are Marsquakes Anything Like Earthquakes? NASA Is About to Find Out.

This is how the spacecraft will look once it lands on the surface of Mars. On Earth, we call them earthquakes, and on the moon they're called moonquakes. On Mars? They'd be marsquakes--except no one really knows how frequently the red planet jiggles and shakes, or how big those marsquakes can get. But humans could soon find out just how much the fourth rock from the sun is rocking and rolling: NASA's newest Mars-exploring spacecraft, called InSight, is set to blast off from California's Vandenberg Air Force Base on Saturday at 4:05 a.m. But even if it doesn't go off Saturday, InSight could still leave this planet as late as June 8 and still make its Martian rendezvous right on time, with a planned landing on November 26.) Unlike many Mars missions that have come before, InSight will not be exploring the red planet's surface.

A robotic geologist is being sent to Mars to dig deeper than ever before and perform a full'medical' of its vital signs. The Mars InSight spacecraft will take the planet's temperature and as well as its pulse - making the first measurements of'marsquakes' that shake its surface. The probe will also check the celestial body's reflexes, with experts tracking the rotation of Mars on its axis to better understand the size and make-up of its core. The billion dollar (£734 million) joint US and European mission, which launches this weekend, is the first dedicated to studying the innards of the red planet. By probing Mars' insides, drilling 16ft (five metres) into it's surface, scientists hope to better understand how rocky planets formed 4.5 billion years ago. 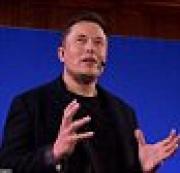 NASA's next Mars lander is almost ready to embark on a first-of-its-kind mission to learn more about the inner workings of the red planet. The Mars InSight lander is scheduled to take off from California's Vandenberg Air Force Base in the pre-dawn hours of Saturday morning, marking the space agency's first-ever launch of a deep-space mission from the west coast. In a new video, NASA explains how the InSight spacecraft will make it to Mars's surface to study the innards of the red planet. After traveling over 300 million miles in space and reaching the martian atmosphere, the InSight spacecraft only has six minutes to land safely on the surface, according to the agency. It will reach up to 14,000 miles per hour as it ascends into the atmosphere and it's set to land at a higher elevation known for severe dust storms.

We have lift off! NASA successfully launches InSight Mars probe

Nasa's InSight lander will make it to Mars despite storm

Nasa is going ahead with the scheduled landing of its InSight mission, regardless of whether the red planet is still in the midst of a planet-wide dust storm. The space agency believes its InSight lander is more than capable of weathering the barrage from the red planet's winds. Some of the equipment on the InSight will not function correctly in the dust storm, however, the landing should not be affected. Violent Martian dust storms can start suddenly and last for weeks, or even months. The current storm, which now encompasses the entire planet, first started in May.