"Robot's Delight – A Lyrical Exposition on Learning by Imitation from Human-Human Interaction" is a video submission that won Best Video at the 2017 ACM/IEEE International Conference on Human-Robot Interaction (HRI 2017). The team also provides an in-depth explanation of the techniques and robotics in the video. Although social robots are growing in popularity and technical feasibility, it is still unclear how we can effectively program social behaviors. There are many difficulties in programming social robots -- we need to design hundreds or thousands of dialogue rules, anticipate situations the robot will face, handle common recognition errors, and program the robot to respond to many variations of human speech and behavior. Perhaps most challenging is that we often do not understand the reasoning behind our own behavior and so it is hard to program such implicit knowledge into robots. 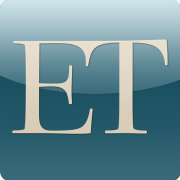 London, Dec 24 (IANS) In a bid a to teach robots how to respect personal space, scientists are now giving mobile robots a crash course in avoiding collisions with humans. Using "impedance" control, the researchers at the Institute of Automatics of the National University of San Juan in Argentina aimed to regulate the social dynamics between the robot's movements and the interactions of the robot's environment. The team did this by first analysing how a human leader and a human follower interact on a set track with well-defined borders. The feedback humans use to adjust their behaviours - letting someone know they're following too closely, for example - was marked as social forces and treated as defined physical fields. When a robot follows a human as part of a formation, it is supposed that it must also respect these social zones to improve its social acceptance," wrote Daniel Herrera, and an author on the study.

Can Robots Be Lazy or Mean?

Can research psychologists use traditional measurement techniques to measure personality, group behavior, and other typical "psych things" on robots? And it turns out that many of the perceptions we form and biases we hold in creating first impressions also apply to the world of robots. Recent research suggests that we project personality characteristics on to robots based on physical characteristics, how they sound, and what function they serve. In general, when we anthropomorphize, or give human-like qualities to an inanimate objects, we feel emotionally closer to that machine. But this only works up to a point.

New rule: From now on, all sporting events must begin with an official bringing the game ball to the referee via the magic of drone-style hoverboard vehicles. That can be the only conclusion after watching the absolutely insane demonstration recorded at the Portuguese Cup Final on Sunday, which started with a man riding on air, Green Goblin style, and landing delicately in front of a ref to deliver the game's soccer ball. It was what every sports event with a ball should have from this very moment on.