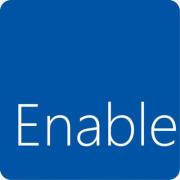 You can't talk about accessibility without talking about diversity

Over the past few years, we've been seeing more and more products at CES meant to assist the elderly and disabled. In fact, last year was the first year we added an accessibility category to the official Best of CES awards -- and the finalists in that category were indeed some of our favorite things we saw at the show. This year was no exception, with four finalists in the accessibility category, and a whole bunch of other products that we didn't have room for on our shortlist.

Google pauses removal of apps that want to use accessibility services

Google is pausing its decision that cracks down on apps on the Google Play Store using the Android Accessibility API for anything other than its intended purpose, the company told developers in an email.

Gopalakrishnan S, Joint Secretary, Ministry of Electronics and IT, Government of India today said that Artificial Intelligence (A.I) and other Frontier Technologies bridges the gap and reduces the accessibility issues that are present in the country. It is no secret that my passion for being an ACM volunteer began with SIGACCESS--the ACM Special Interest Group on Accessibility and Computing. As a new volunteer, I was highly motivated by a talk by Ben Shneiderman in which he said he was proud to be part of an organization that had, as part of its code of ethics, the following: "In a fair society, all individuals would have equal opportunity to participate in, or benefit from, the use of computer resources regardless of race, sex, religion, age, disability, national origin, or other such similar factors." I, too, am proud to be part of a society that supports these goals. As ACM's President, I remain focused on issues of diversity. I would like to highlight two key aspects of accessibility already being addressed by ACM.