What we know about Trump's COVID-19 illness

Since President Donald Trump announced in the early hours of Friday, Oct. 1, that he and first lady Melania Trump tested positive for COVID-19, White House officials and physicians alike have offered a whirlwind of conflicting statements about his prognosis and what the path forward looks like for a return to the Oval Office and the final weeks of his reelection campaign. While some details of his condition are known -- including experimental treatments usually reserved for severe cases, administered during a stay at Walter Reed National Military Medical Center -- it's unclear how the president contracted the virus and when he first started to experience symptoms or become contagious. Reports also suggest that efforts to discover who else in the president's orbit may be infected have been limited so far. It can take up to 14 days to show symptoms after being infected, but most tend to experience them between days three and five. Those with the virus can pass it to others between 48 to 72 hours before symptoms develop, unless they are asymptomatic.

How Trump Became the Pro-Infection Candidate

Nine months into the pandemic, it's a truism to say that America's response has been politicized. Even so, with an election looming, the virus surging, and President Trump and others in government recently infected, our divisions now stand out with a startling, even brutal, clarity. There have always been two basic ways of looking at the coronavirus crisis. The first sees the minimization of death as a paramount goal; the second holds that significant death is inevitable and acceptable. Those who take the first view, including most medical and public-health professionals, advocate a temporary, science-driven restructuring of society, designed to save lives; those who take the second view, including the President and those in his circle, say that people die all the time, from car crashes, drug addictions, diseases, and the like, and argue that we don't stop living to prevent them from dying. 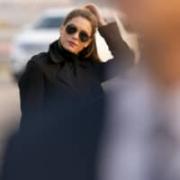 Hope Hicks, one of U.S. President Donald Trump's closest aides, has tested positive for coronavirus infection, according to people familiar with the matter. There was no indication that the president has contracted the virus, the people said. Hicks traveled with Trump aboard Air Force One to and from the presidential debate Tuesday. The people asked not to be identified because Hicks's infection has not been publicly announced. Messages left for Hicks were not immediately returned.

President Donald Trump said Monday he's leaving the military hospital where he has been treated for COVID-19 and will continue his recovery at the White House. He said he's feeling good and despite his attack the nation should not be afraid of the virus that has killed more than 209,000 Americans. Trump's expected return comes after he has received an exceptionally aggressive course of treatment and a standard of care well above what is available to average Americans. Sean Conley, said the president would not be fully out of the woods for another week, but he said Trump had "met or exceeded all standard hospital discharge criteria." Trump himself made a point of sounding confident.