Okinawa-based U.S. Marines may start moving to Guam in October 2024 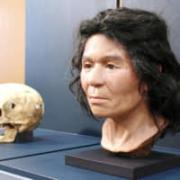 HAGATNA, GUAM - The planned transfer of U.S. Marine Corps personnel from Okinawa Prefecture to the U.S. Pacific territory of Guam may start as early as October 2024 and be completed within 18 months, a marine spokesman has said. The current plan will relocate approximately 5,000 marines, of whom about 1,700 will be permanently based on Guam and the remainder rotated every half year, according to Tina Rose Muna Barnes, speaker of the island's legislature who was earlier briefed by a representative of Marine Corps Activity Guam. About 19,000 U.S. Marines are based in Okinawa. The United States had previously said about 4,000 marines would be moved from Okinawa to Guam. The planned transfer is based on a 2006 Japan-U.S. agreement on the realignment of U.S. forces.

Japan Resumes Work at Disputed Site for US Base Relocation

Construction workers were setting up floats using a crane to mark the designated landfill area, making it off-limits to the public, Shirakata said. Opponents gathered in paddle boats nearby, while Coast Guard patrol boats blocked them from reaching the site, and dozens of other demonstrators rallied outside a nearby U.S. base to protest.

Spearheading these efforts is a commission launched by Aung San Suu Kyi's government, which came to power in 2016, to review the dam. Myanmar also began informal talks with Beijing and dam operator Yunnan International Power Investment, a unit of State Power Investment Corp.

Resilience Program Manager John Zakian advised the council to auction the house because continued ownership will require maintenance costs and upkeep. Zakian also said there's no "foreseeable funding source for greenway improvements" that would make "the house potentially viable as a visitor center."