Journalism Fights for Survival in the Post-Truth Era 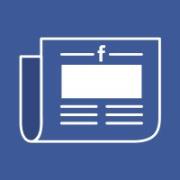 This story is part of our special coverage, The News in Crisis. The news media is in trouble. The advertising-driven business model is on the brink of collapse. Trust in the press is at an all-time low. And now those two long-brewing concerns have been joined by an even larger existential crisis.

Facebook and Twitter have declared a future of all video, which makes it all the more bizarre that Snapchat, the youngest social network of them all, is investing in the written word. Snapchat's latest content push has nothing to do with photos, stickers or doodles; rather, it's five people writing one essay every weekday for a new publication called Real Life. The online magazine will "publish essays, arguments and narrative about living with technology," editor-in-chief Nathan Jurgenson wrote in a blog post Thursday. "It won't be a news site with gadget reviews or industry gossip. It will be about how we live today and how our lives are mediated by devices."

Twitter Inauguration Day ratings are out — but please don't add them to TV, Sean Spicer

President Donald Trump and press secretary Sean Spicer have claimed that this year's Inauguration Day was the most-watched in history, which could be true depending on how you define "watched." While Trump's crowd appeared much thinner than Obama's 2009 Inauguration, there's no denying that the viewership beyond the National Mall and on screens was quite yuge in part thanks to digital platforms. SEE ALSO: This is President Trump's first tweet as @POTUS Twitter, Trump's favorite social platform, presented the latest piece of evidence Tuesday. The live stream coverage of Inauguration Day on Twitter, presented by PBS NewsHour, reached 6,824,000 million unique viewers, the company announced. But it's important to keep in mind that a view on Twitter is only three seconds, and with Twitter promoting the stream in users' timelines (rather than everyone opting in to watch), the engagement wasn't necessarily that impressive.

Digital trends 2019: Every single stat you need to know about the internet

Don't forget to read on below for those forecasts, though. Hopefully that extensive (!) roundup of key data points has given you a thorough grasp of digital today, but let's finish up by taking a look at the year ahead. But this isn't a predictions piece; rather, it's an extension of the trends that I've been seeing in this year's data. If you'd like to dig deeper into the full collection of Digital 2019 reports, you'll find every one of them for free over on DataReportal.com,

Facebook is continuing its grand quest to become the new television. The social networking giant released new statistics Thursday that tout its ability to be the go-to platform for news outlets to broadcast and for people to consume live video of breaking news situations. More than 14 million people worldwide watched the footage, Facebook revealed in a blog post on its media blog. A reminder that Facebook considers a unique view to be three seconds, which is the standard in digital industry but not apples-to-apples comparable to television ratings. Facebook users could have been passively scrolling on their News Feeds, and 14 million does not translate to concurrent viewers.