The Story of the Subtle Asian Traits Facebook Group

On a September evening this year, a twenty-one-year-old radiology student in Melbourne, Australia, named Angela Kang and her younger brother were once again cracking jokes about their Asian upbringing. Not that it hadn't been comfortable--Angela and her brother had all the piano lessons, tutoring, and private-school education that their parents, who worked multiple jobs and had started multiple businesses, could provide. Not that it hadn't been inspiring--when Angela's parents immigrated to Australia, at nineteen and twenty-two, they were so poor that they slept on mattresses made out of milk crates. Yet, alongside these sacrifices, the comical side of the family narrative has been present. Angela learned that being the daughter of Chinese immigrants sometimes means patiently explaining that not every female artist on the radio is Taylor Swift, or diligently using a Bionicles toothbrush that her mother gave her for Christmas, despite having no interest in Lego.

'Subtle asian traits' is a place for second gen bonding, but it's not all fun and memes

Is there anything more real than bonding over shared trauma through Pikachu memes? When a friend added me about a month ago, subtle asian traits had about 300,000 members. Every Asian person I know -- from middle school classmates to second cousins to a handful of people I've matched with on Tinder -- appeared to be in this massive meme conglomerate. The Facebook group has nearly tripled in membership since I joined and has ballooned to a whopping 869,000 since its creation in September. SEE ALSO: 'They did surgery on a grape' is the weird meme that's your new obsession The group, founded by a group of Asian-Australian teenagers from Melbourne, is flush with memes about boba tea, clever linguistic puns, and a joint sense of otherness.

For many people of Asian descent living overseas, a Facebook group called Subtle Asian Traits has become a cultural phenomenon. Its jokes and memes - especially about life as a first-generation migrant - have made the page wildly popular. Almost a million people have joined the group since it began in September. The posts, which can be made by anyone, have also sparked conversations about cultural identity. "We were always sharing memes and jokes about Asian culture and growing up in a foreign country and kind of just wanted a place to share them together," co-founder Kathleen Xiao, 18, tells the BBC.

School Bullying in Twitter and Weibo: A Comparative Study

School-based bullying is a serious health issue among adolescents world wide. We identify several differences in microblogs of school-based bullying between Twitter (mostly representing the USA) and Weibo (mostly representing China). First, we see a smaller fraction of victim authors in Weibo than in Twitter. We hypothesize that this may be due to Asian culture's emphasis on saving face where it is more of a taboo to be a victim or label someone a victim. Second, we see different temporal dynamics of school bullying posts due to differences in holidays and length of school days. Finally, bullying posts from Weibo contain more mentions of family than those from Twitter. This may be due to the greater emphasis on family in Asian cultures. 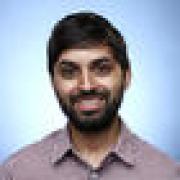 In 2015, when 64 Asian American groups filed a complaint with the Department of Justice alleging that Harvard University illegally discriminated against Asian students in admissions, Joe Zhou had little hope it would go anywhere. He had made the same allegation against Harvard in a lawsuit on behalf of his son, who had been denied admission despite near-perfect ACT and SAT scores, a 4.44 grade-point average, being named class valedictorian, and a resume that included teaching English in China and serving as captain of the varsity tennis team. So when the Trump administration announced Wednesday that it planned to investigate racial discrimination against Asians in college admissions, Zhou was thrilled. "Maybe now people will finally pay attention to something we Asian Americans have been talking about for so long," he said. His lawsuit is making its way through a Massachusetts federal district court.