AI Is About To Go Mainstream And Reshape The Workplace

The underlying AI isn't allowed to make further inferences as to what to do next without asking the user for approval. 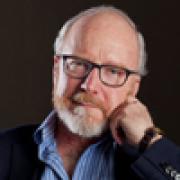 Robots are getting more versatile and artificial intelligence (AI) is getting exponentially smarter! Our jobs are in jeopardy and no one is safe! We've all seen the headlines. Anxiety and fear are steadily mounting that we are on the edge of a profound transition (some might even call it a Big Shift) that will put us out of work and on the streets. Some respond that this is simply a resurfacing of a Luddite fear of new technology that has erupted every time new technology breakthroughs occur.

Why chatbots should initiate a conversation

Gartner predicts that by 2018, 20 percent of business content will be authored by machines. This figure is set to continue to rise as chatbots become increasingly useful and the users increasingly accepting. The main attention on chatbots up until now has been on how they can answer and respond to incoming requests, be they for customer service, entertainment, or other uses. But this is just half of the story. There is a huge benefit in using chatbots to initiate or continue customer engagement, not just react to it. 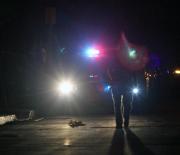 A police-union administered survey that revealed low morale levels at the Burbank Police Department has prompted several changes at the agency, including the suspension of deployments based on "predictive policing" technology criticized by the rank-and-file but hailed by top cops as the future of crime-fighting. Roughly half of the 118 sworn employees who took the June survey indicated that they'd considered leaving the department sometime during the last year, while 60% indicated they were unlikely or extremely unlikely to recommend a career with the agency to their children, relatives or friends. About 75% indicated that morale at the agency was low or extremely low. Dozens advocated that the agency hire more officers, increase specialty assignments and rely less on the predictive policing technology, which analyzes crime reports to predict potential problem areas. Staffing shortages, fewer opportunities for job growth and a perception of bias in promotions and policy enforcement are hampering morale at the Burbank Police Department, according to the results of a police-union-administered survey.

The Current State of AI, According to Nvidia - DATAVERSITY

Andrew Nusca of Fortune recently interviewed Nvidia CEO Jen-Hsun Huang about the current state of artificial intelligence. Huang told Nusca, "2015 was a big year. Artificial intelligence is moving into the commercial world. AI has been worked on for many years, largely in research. Various aspects of commercial use of AI, otherwise known as machine learning, is used for advertising and web searches and things like that.