The course material is succinct, yet comprehensive. All the important concepts are covered. Particularly important topics are covered in-depth. For absolute beginners, I offer my help on Skype absolutely free, if requested. Take this course, and you will be satisfied.

China's population set to peak at 1.44 billion in 2029 before 'unstoppable' decline starts in 2030, report predicts 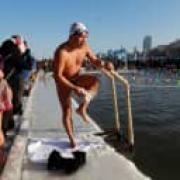 SHANGHAI - China's population is set to reach a peak of 1.44 billion in 2029 and start a long period of "unstoppable" decline in 2030, government scholars said in a research report published Friday. The world's most populous country must now draw up policies to try to cope with a declining labor force and a rapidly aging population, according to the summary of the latest edition of the "Green Book of Population and Labor" published by the China Academy of Social Sciences (CASS). Growth in the working population has now stagnated, the report said, and the rising number of elderly people will have a far-reaching impact on the social and economic development in the country, especially if fertility rates remain low. "From a theoretical point of view, the long-term population decline, especially when it is accompanied by a continuously aging population, is bound to cause very unfavorable social and economic consequences," it said. China's population is expected to fall back to 1.36 billion by the middle of the century, it said, which could mean a decline in the workforce of as much as 200 million.

Model Decomposition and Simulation: A component based qualitative simulation algorithm

For larger, more complex systems this representation proves extremely inefficient since it provides a complete temporal ordering of all potential distinctions leading to a large, complex behavioral description that obscures relevant distinctions, or even fails to terminate. The model decomposition and simulation algorithm (DecSIM) uses a divide and conquer approach to qualitative simulation. Variables within the system are partitioned into components. Each component is viewed as a separate system and is simulated using a state-based representation limited to the variables within the component. Interactions between components are reasoned about separately. DecSIM provides a promising paradigm for qualitative simulation whose complexity is driven by the complexity of the problem specification rather than the inference mechanism used.

Automated Complexity Analysis Based on the Dependency Pair Method

This article is concerned with automated complexity analysis of term rewrite systems. Since these systems underlie much of declarative programming, time complexity of functions defined by rewrite systems is of particular interest. Among other results, we present a variant of the dependency pair method for analysing runtime complexities of term rewrite systems automatically. The established results significantly extent previously known techniques: we give examples of rewrite systems subject to our methods that could previously not been analysed automatically. Furthermore, the techniques have been implemented in the Tyrolean Complexity Tool. We provide ample numerical data for assessing the viability of the method.

Many applications of autonomous agents require groups to work in tight coordination. To be dependable, these groups must plan, carry out and adapt their activities in a way that is robust to failure and uncertainty. Previous work has produced contingent plan execution systems that provide robustness during their plan extraction phase, by choosing between functionally redundant methods, and during their execution phase, by dispatching temporally flexible plans. Previous contingent execution systems use a centralized architecture in which a single agent conducts planning for the entire group. This can result in a communication bottleneck at the time when plan activities are passed to the other agents for execution, and state information is returned.