After more than 30 years in the B2B market, the logistics company DHL has decided to take advantage of the opportunities offered by the current growth of e-commerce in European countries. Claude Piwko, General Manager DHL Parcel Iberia recalls that " 93% of e-commerce exports are made in Europe ". The DHL Parcel section created for this activity in January 2017, makes 1,300 million shipments per year throughout the European territory, more than 26 countries. Looking to 2018, DHL expects to increase the sales figure in e-commerce this year by 15%.

Data scientists have hundreds of probability distributions from which to choose. Data science, whatever it may be, remains a big deal. "A data scientist is better at statistics than any software engineer," you may overhear a pundit say, at your local tech get-togethers and hackathons. The applied mathematicians have their revenge, because statistics hasn't been this talked-about since the roaring 20s. They have their own legitimizing Venn diagram of which people don't make fun. Suddenly it's you, the engineer, left out of the chat about confidence intervals instead of tutting at the analysts who have never heard of the Apache Bikeshed project for distributed comment formatting. 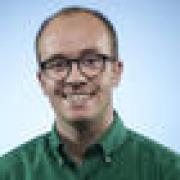 Sony Pictures' longtime theatrical distribution chief Rory Bruer is retiring after four decades with the studio, the company told staff Thursday. Bruer, 63, who first joined the studio in 1977 with a job in the mailroom, will transition to an advisory role at the studio at the end of this year. He has served as president of worldwide distribution since 2008, and has long enjoyed deep connections with movie theater chains. He will not be directly replaced, Sony said. Instead, Adrian Smith, domestic distribution head, and Steven O'Dell, president of international distribution, will continue to oversee their divisions, reporting to worldwide marketing and distribution chief Josh Greenstein.

Brewers hitting that cap must sell everything to a wholesaler, which then sells to stores or taverns.

Here's how it works: Donations are gathered, inventoried and placed where they belong at the distribution center. The merchandise is then moved to the individual Catie's Closets, which are converted spaces inside each participating school. Students who need the items are given free and discreet access to the closet by faculty members. The space is regularly restocked with donated age-appropriate clothing with the season taken into account.