Automatic symbolic traffic scene analysis is essential to many areas of IVHS (Intelligent Vehicle Highway Systems). Traffic scene information can be used to optimize traffic flow during busy periods, identify stalled vehicles and accidents, and aid the decision-making of an autonomous vehicle controller. Improvements in technologies for machine vision-based surveillance and high-level symbolic reasoning have enabled us to develop a system for detailed, reliable traffic scene analysis. The machine vision component of our system employs a contour tracker and an affine motion model based on Kalman filters to extract vehicle trajectories over a sequence of traffic scene images. The symbolic reasoning component uses a dynamic belief network to make inferences about traffic events such as vehicle lane changes and stalls. In this paper, we discuss the key tasks of the vision and reasoning components as well as their integration into a working prototype.

Navigating urban environments represents a complex task for automated vehicles. They must reach their goal safely and efficiently while considering a multitude of traffic participants. We propose a modular decision making algorithm to autonomously navigate intersections, addressing challenges of existing rule-based and reinforcement learning (RL) approaches. We first present a safe RL algorithm relying on a model-checker to ensure safety guarantees. To make the decision strategy robust to perception errors and occlusions, we introduce a belief update technique using a learning based approach. Finally, we use a scene decomposition approach to scale our algorithm to environments with multiple traffic participants. We empirically demonstrate that our algorithm outperforms rule-based methods and reinforcement learning techniques on a complex intersection scenario. 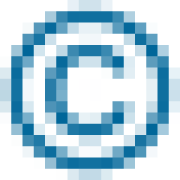 In recent years, the range of sensing technologies has expanded rapidly, whereas sensor devices have become cheaper. This has led to a rapid expansion in condition monitoring of systems, structures, vehicles, and machinery using sensors. Key factors are the recent advances in networking technologies such as wireless communication and mobile ad hoc networking coupled with the technology to integrat... View full abstract» This paper provides a review of the literature in on-road vision-based vehicle detection, tracking, and behavior understanding. Over the past decade, vision-based surround perception has progressed from its infancy into maturity. We provide a survey of recent works in the literature, placing vision-based vehicle detection in the context of sensor-based on-road surround analysis.

Stochastic simulation algorithms such as likelihood weighting often give fast, accurate approximations to posterior probabilities in probabilistic networks, and are the methods of choice for very large networks. Unfortunately, the special characteristics of dynamic probabilistic networks (DPNs), which are used to represent stochastic temporal processes, mean that standard simulation algorithms perform very poorly. In essence, the simulation trials diverge further and further from reality as the process is observed over time. In this paper, we present simulation algorithms that use the evidence observed at each time step to push the set of trials back towards reality. The first algorithm, "evidence reversal" (ER) restructures each time slice of the DPN so that the evidence nodes for the slice become ancestors of the state variables. The second algorithm, called "survival of the fittest" sampling (SOF), "repopulates" the set of trials at each time step using a stochastic reproduction rate weighted by the likelihood of the evidence according to each trial. We compare the performance of each algorithm with likelihood weighting on the original network, and also investigate the benefits of combining the ER and SOF methods. The ER/SOF combination appears to maintain bounded error independent of the number of time steps in the simulation.