Deep neural networks progressively transform their inputs across multiple processing layers. What are the geometrical properties of the representations learned by these networks? Here we study the intrinsic dimensionality (ID) of data representations, i.e. the minimal number of parameters needed to describe a representation. We find that, in a trained network, the ID is orders of magnitude smaller than the number of units in each layer. Across layers, the ID first increases and then progressively decreases in the final layers.

Discrete Fourier transforms provide a significant speedup in the computation of convolutions in deep learning. In this work, we demonstrate that, beyond its advantages for efficient computation, the spectral domain also provides a powerful representation in which to model and train convolutional neural networks (CNNs).We employ spectral representations to introduce a number of innovations to CNN design. First, we propose spectral pooling, which performs dimensionality reduction by truncating the representation in the frequency domain. This approach preserves considerably more information per parameter than other pooling strategies and enables flexibility in the choice of pooling output dimensionality. This representation also enables a new form of stochastic regularization by randomized modification of resolution. 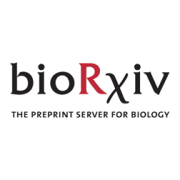 Deep neural networks (DNNs) have attained human-level performance on dozens of challenging tasks through an end-to-end deep learning strategy. Deep learning gives rise to data representations with multiple levels of abstraction; however, it does not explicitly provide any insights into the internal operations of DNNs. Its success appeals to neuroscientists not only to apply DNNs to model biological neural systems, but also to adopt concepts and methods from cognitive neuroscience to understand the internal representations of DNNs. Although general deep learning frameworks such as PyTorch and TensorFlow could be used to allow such cross-disciplinary studies, the use of these frameworks typically requires high-level programming expertise and comprehensive mathematical knowledge. A toolbox specifically designed for cognitive neuroscientists to map DNNs and brains is urgently needed.

In this paper, we study deep signal representations that are near-invariant to groups of transformations and stable to the action of diffeomorphisms without losing signal information. This is achieved by generalizing the multilayer kernel introduced in the context of convolutional kernel networks and by studying the geometry of the corresponding reproducing kernel Hilbert space. We show that the signal representation is stable, and that models from this functional space, such as a large class of convolutional neural networks, may enjoy the same stability. Papers published at the Neural Information Processing Systems Conference.