Quantum computers are expected to be better at solving certain computational problems than classical computers. This expectation is based on (well-founded) conjectures in computational complexity theory, but rigorous comparisons between the capabilities of quantum and classical algorithms are difficult to perform. Bravyi et al. proved theoretically that whereas the number of "steps" needed by parallel quantum circuits to solve certain linear algebra problems was independent of the problem size, this number grew logarithmically with size for analogous classical circuits (see the Perspective by Montanaro). This so-called quantum advantage stems from the quantum correlations present in quantum circuits that cannot be reproduced in analogous classical circuits. Science, this issue p. 308; see also p. 289

The computations of polynomials (over a field, which we shall throughout assume is of zero or large enough characteristic) using arithmetic operations of addition and multiplication (and possibly division) are of course as natural as the computation of Boolean functions via logical gates, and capture many natural important tasks including Fourier transforms, linear algebra, matrix computations and more generally symbolic algebraic computations arising in many settings. Arithmetic circuits are the natural computational model for understanding the computational complexity of such tasks just like Boolean circuits are for Boolean functions. The presence of algebraic structure and mathematical tools supplied by centuries of work in algebra were a source of hope that understanding arithmetic circuits will be much faster and easier than their Boolean siblings. And while we generally know more about arithmetic circuits, their power is far from understood, and in particular, the arithmetic analog VP vs. VNP of the Boolean P vs. NP problem as formulated by Valiant8 is wide open. The past few years have seen a revolution in our understanding of arithmetic circuits.

The importance of analogy-making and analogy-based reasoning for human cognition and learning by now has widely been recognized, and analogy-based methods are slowly also being explicitly integrated into the canon of approved education and teaching techniques. Still, the actual level of knowledge about analogy as instructional means and device as of today is rather low and subject to scientific study and investigation. In this paper, we propose the fruitful use of computational analogy-engines as methodological tool in this domain of research, motivating our claim by a short case study showing how Heuristic-Driven Theory Projection can be used to model the mode of operation of an analogy taken from a science class for 8 to 9 year old children. 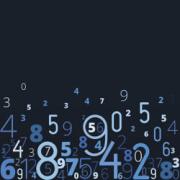 Complexity theory aims at understanding the "hardness" of certain tasks with respect to the number of "basic operations" required to perform it. In the case of arithmetic circuit complexity, the goal is to understand how hard it is to compute a formal polynomial in terms of the number of additions and multiplications required. Several earlier results have shown that it is possible to rearrange basic computational elements in surprising ways to give more efficient algorithms. The main result of this article is along a similar vein. We present a simulation of any formal polynomial computed by an arithmetic circuit by a shallow circuit of not-much larger size.