YouTubers Daddyofive, also known as Heather and Mike Martin, have just lost custody of two of their five kids. Rose Hall, biological mother of nine-year-old Cody and his sister Emma, received emergency custody of the children. The father of the remaining three children, Rickie Zopp, filed for custody on Monday. The channel, which showed the five children being "pranked" by their parents, has raised some suspicion this month after prominent YouTubers, including h3h3 productions and Philip Defranco, made videos claiming the parents were abusive. Videos started to pop up after the initial allegations, with the internet rage machine campaigning to get these kids out of a "toxic" home.

Social media has become prominently popular. Tens of millions of users login to social media sites like Twitter to disseminate breaking news and share their opinions and thoughts. For businesses, social media is potentially useful for monitoring the public perception and the social reputation of companies and products. Despite great potential, how bad news about a company influences the public sentiments in social media has not been studied in depth. The aim of this study is to assess people's sentiments in Twitter upon the spread of two types of information: corporate bad news and a CEO's apology. 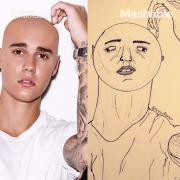 The perpetual trickster somehow didn't predict the backlash that would be born out of his April 1st prank. After his pregnancy-based April Fools' joke was widely ridiculed, Justin Bieber posted an apology to Instagram on Tuesday. There's always gonna be people offended, there's also people who don't take jokes very well, I am a prankster and it was APRIL FOOLS. I didn't at all mean to be insensitive to people who can't have children. A lot of people I know, their first go to prank on April fools is telling their parents they are pregnant to get a big reaction. 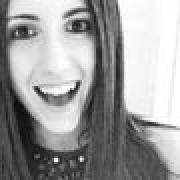 April Fools' Day pranks can be glorious, but when the person you're pranking is your significant other, you need to plan accordingly. Whether you've recently started dating or have been married for years, the prank you decide to play on your other half will definitely have its repercussions. Depending on how much damage you want to do, here are 17 April Fools' Day pranks you can play on the one you love. Now you can choose your prank based on whether or not you want to inspire a quick laugh, set up a temporary bed on the couch or start begging for forgiveness. Nick Offerman returns with some deeply insightful shower thoughts.

Lena Dunham is done with meaningless apologizing ... especially when it comes to the workplace. The 30-year-old "Girls" creator wrote an essay titled "Sorry Not Sorry" for LinkedIn, in which she calls out both herself and other women's tendencies to constantly say sorry even when the situation doesn't warrant it. And joining the long list of celebs inspired by Beyonce, Dunham is praising the "Sorry" singer for her feminist themes in "Lemonade." "Beyonce's'Lemonade' was a massive cultural event for a lot of profound reasons, not least of which because it gave women a melody to which they could sing the words'Sorry, I ain't sorry,' again and again (and again)," Dunham writes, referring to the track that also gave us the infamous line, "You better call Becky with the good hair." "This refrain immediately became the stuff of Instagram captions and yearbook quotes and screaming, drunken bachelorette parties: partially because it's catchy as f*ck, but also because it allowed women to express (safely, while pretending with all their might to be Bey) just how sick to death they were of apologizing."