As stipulated AAI's leadership underwent a major change in March of this year. Martha Pollack, who had been in the AAAI bylaws, Kautz will serve in this capacity until the 2010 AAAI annual business meeting, after which he will begin his full two-year term as president, starting one year ahead of schedule. In addition, Eric Horvitz, who has already served one year as AAAI past president, has agreed to serve one additional year so that the position will remain filled throughout Kautz's tenure as president. An election will be held this year for the now-open position of president elect. It was with great regret that I came to the decision AAAI is a very strong organization, and Eric that I had to resign my position as president of Horvitz, Henry Kautz, Ted Senator, and Carol AAAI.

Artificial intelligence researcher and Managing Director of Microsoft's Redmond, Washington, research lab Eric Horvitz has just won the ACM-AAAI Allen Newell Award, Microsoft shared on a blog post today. The award acknowledges his groundbreaking contributions in artificial intelligence and human-computer interaction as well as "his persistent focus on using those discoveries as the basis for practical applications that make our lives easier and more productive." Horvitz first got interested in practical applications of artificial intelligence when he was pursuing his Ph.D. on principles of bounded rationality, as he wanted to "understand how computing systems immersed in the real world could make the best decisions in time-critical situations." Since then, Horvitz has combined multiple computer science disciplines through his work and he has been leading the research in exploring the interrelationships between artificial intelligence and fields like decision science, cognitive science, and neuroscience. Horvitz even collaborated with NASA's Mission Control Center to help them providing flight engineers with the most valuable information about space shuttle systems under intense time pressure.

The AI Bookie column documents highlights from AI Bets, an online forum for the creation of adjudicatable predictions, in the form of bets, about the future of AI. While it is easy to make broad, generalized, or off-the-cuff predictions about the future, it is more difficult to develop predictions that are carefully thought out, concrete, and measurable. This forum was created to help researchers craft predictions whose accuracy can be clearly and unambiguously judged when the bets come due. The bets will be documented both online and regularly in this column. We encourage bets that are rigorously and scientifically argued. We discourage bets that are too general to be evaluated or too specific to an individual or institution. The goal is not to continue to feed the media frenzy and outsized pundit predictions about AI, but rather to curate and promote bets whose outcomes will provide useful feedback to the scientific community. For detailed guidelines and to place bets, visit sciencebets.org.

Early diagnosis is key to gaining the upper hand against a wide range of diseases. Now Microsoft researchers are suggesting that records of the topics that people search for on the Internet could one day prove as useful as an X-ray or MRI in detecting some illnesses before it's too late. The potential of using engagement with search engines to predict an eventual diagnosis – and possibly buy critical time for a medical response -- is demonstrated in a new study by Microsoft researchers Eric Horvitz and Ryen White, along with former Microsoft intern and Columbia University doctoral candidate John Paparrizos. In a paper published Tuesday in the Journal of Oncology Practice, the trio detailed how they used anonymized Bing search logs to identify people whose queries provided strong evidence that they had recently been diagnosed with pancreatic cancer – a particularly deadly and fast-spreading cancer that is frequently caught too late to cure. Then they retroactively analyzed searches for symptoms of the disease over many months prior to identify patterns of queries most likely to signal an eventual diagnosis. 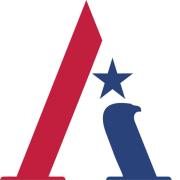 This week we talked to NSCAI Commissioner Eric Horvitz about ensuring the interoperability of AI systems with US allies and working to make all AI systems reliable. Beyond interoperability, he discusses the need to address the complexity and possibility of unexpected interactions among AI systems.