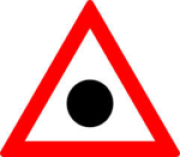 October 06, 2016 Posted by Sujith Ravi, Staff Research Scientist, Google Research Recently, there have been significant advances in Machine Learning that enable computer systems to solve complex real-world problems. One of those advances is Google's large scale, graph-based machine learning platform, built by the Expander team in Google Research. A technology that is behind many of the Google products and features you may use everyday, graph-based machine learning is a powerful tool that can be used to power useful features such as reminders in Inbox and smart messaging in Allo, or used in conjunction with deep neural networks to power the latest image recognition system in Google Photos. Learning with Minimal Supervision Much of the recent success in deep learning, and machine learning in general, can be attributed to models that demonstrate high predictive capacity when trained on large amounts of labeled data -- often millions of training examples. This is commonly referred to as "supervised learning" since it requires supervision, in the form of labeled data, to train the machine learning systems.

This work presents a joint solution to two challenging tasks: text generation from data and open information extraction. We propose to model both tasks as sequence-to-sequence translation problems and thus construct a joint neural model for both. Our experiments on knowledge graphs from Visual Genome, i.e., structured image analyses, shows promising results compared to strong baselines. Building on recent work on unsupervised machine translation, we report the first results - to the best of our knowledge - on fully unsupervised text generation from structured data.