Adele celebrated her 30th birthday with a 'Titanic' themed party

Adele just sailed into her 30th year and threw a Titanic shindig to celebrate. The Grammy-winning artist celebrated her three-decades on Earth with a birthday party themed around James Cameron's 1997 Best Picture winner. Posting three images on Instagram on Sunday, Adele looks every inch Kate Winslet's character Rose DeWitt Bukater. According to her caption, "super fandom" describes her love for Cameron's film -- and the photos prove it. I'm not sure what I'm going to do for the next 30 years as I've been blessed beyond words in my life so far.

From Society to Landscape: Alternative Metaphors for Artificial Intelligence

Previous examination of the computational metaphor exposed behavior inconsistent with that expected of metaphors in general. Specifically, despite demonstrated dissimilarity in the referents of brains (minds) and computers, the metaphor persists, not dissolves. Seeking an explanation of this behavior led to the conclusion that the computational metaphor is not truly a metaphor at all. Instead, it is a kind of shorthand expression, a label, for a set of philosophical presuppositions. Although such an examination might seem to be a straightforward and uncomplicated endeavor, it is not--primarily because of the situation aptly captured and summarized by Johnson (1990): The idea of the brain as an information processor--a machine made from matter manipulating blips of energy according to fathomable rules--has come to dominate neuroscience….

From Society to Landscape: Alternative Metaphors for Artificial Intelligence 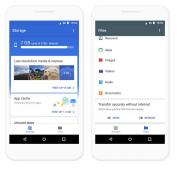 Discovery of Temporal Neighborhoods through Discretization Methods and Markov Model

This article describes a few approaches and algorithms for temporal neighborhood discretization from a couple of papers accepted and published in the conference ICDM (2009) and in the journal IDA (2014), authored by me and my fellow professors Dr. Aryya Gangopadhyay and Dr. Vandana Janeja at UMBC. Almost all of the texts / figures in this blog post are taken from the papers. Neighborhood discovery is a precursor to knowledge discovery in complex and large datasets such as Temporal data, which is a sequence of data tuples measured at successive time instances. Hence instead of mining the entire data, we are interested in dividing the huge data into several smaller intervals of interest which we call as temporal neighborhoods. All the algorithms start by dividing a given time series data into a few (user-chosen) initial number of bins (with equal-frequency binning) and then they proceed merging similar bins (resulting a few possibly unequal-width bins) using different approaches, finally the algorithms terminate if we obtain the user-specified number of output (merged) bins .