The relationship between Biological and Artificial Intelligence 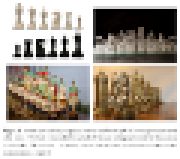 Intelligence can be defined as a predominantly human ability to accomplish tasks that are generally hard for computers and animals. Artificial Intelligence [AI] is a field attempting to accomplish such tasks with computers. AI is becoming increasingly widespread, as are claims of its relationship with Biological Intelligence. Often these claims are made to imply higher chances of a given technology succeeding, working on the assumption that AI systems which mimic the mechanisms of Biological Intelligence should be more successful. In this article I will discuss the similarities and differences between AI and the extent of our knowledge about the mechanisms of intelligence in biology, especially within humans. I will also explore the validity of the assumption that biomimicry in AI systems aids their advancement, and I will argue that existing similarity to biological systems in the way Artificial Neural Networks [ANNs] tackle tasks is due to design decisions, rather than inherent similarity of underlying mechanisms. This article is aimed at people who understand the basics of AI (especially ANNs), and would like to be better able to evaluate the often wild claims about the value of biomimicry in AI. Symbolic AI was the prevailing approach to AI until the early 90's. It is reliant on human programmers coding complex rules to enable machines to complete complex tasks. Continuing failure of this approach to solve many tasks crucial to intelligence provides a good contrast with Machine Learning -- an alternative approach to AI which is essential to the current advent of artificially intelligent machines. In 1994 the reigning chess champion Garry Kasparov was beaten by Deep Blue.

What is Neural Networks – Witan World

Neural networks are computer programming paradigm which helps computational learning easy from observational datasets. It is a programming concept inspired by the biological sciences. It is the core computer technology which provides the best solutions to many problems in image recognition, speech recognition, and natural language processing. In a neural network, the programmers don't tell the computer how to solve our problem. Instead, it learns from observational data, figuring out its own solution to the problem at hand.

Bioelectronic medicine is driving the need for neuromorphic microcircuits that integrate raw nervous stimuli and respond identically to biological neurons. However, designing such circuits remains a challenge. Here we estimate the parameters of highly nonlinear conductance models and derive the ab initio equations of intracellular currents and membrane voltages embodied in analog solid-state electronics. By configuring individual ion channels of solid-state neurons with parameters estimated from large-scale assimilation of electrophysiological recordings, we successfully transfer the complete dynamics of hippocampal and respiratory neurons in silico. The solid-state neurons are found to respond nearly identically to biological neurons under stimulation by a wide range of current injection protocols.

We demonstrate the use of a digital signal processing board to construct hybrid networks consisting of computer model neurons connected to a biological neural network. This system operates in real time.

We demonstrate the use of a digital signal processing board to construct hybrid networks consisting of computer model neurons connected to a biological neural network. This system operates in real time.