This paper introduces Whittemore, a language for causal programming. Causal programming is based on the theory of structural causal models and consists of two primary operations: identification, which finds formulas that compute causal queries, and estimation, which applies formulas to transform probability distributions to other probability distribution. Causal programming provides abstractions to declare models, queries, and distributions with syntax similar to standard mathematical notation, and conducts rigorous causal inference, without requiring detailed knowledge of the underlying algorithms. Examples of causal inference with real data are provided, along with discussion of the implementation and possibilities for future extension.

A Primer on Causal Analysis

We provide a conceptual map to navigate causal analysis problems. Focusing on the case of discrete random variables, we consider the case of causal effect estimation from observational data. The presented approaches apply also to continuous variables, but the issue of estimation becomes more complex. We then introduce the four schools of thought for causal analysis

The Seven Tools of Causal Inference, with Reflections on Machine Learning 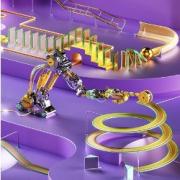 The dramatic success in machine learning has led to an explosion of artificial intelligence (AI) applications and increasing expectations for autonomous systems that exhibit human-level intelligence. These expectations have, however, met with fundamental obstacles that cut across many application areas. One such obstacle is adaptability, or robustness. Machine learning researchers have noted current systems lack the ability to recognize or react to new circumstances they have not been specifically programmed or trained for. Intensive theoretical and experimental efforts toward "transfer learning," "domain adaptation," and "lifelong learning"4 are reflective of this obstacle. Another obstacle is "explainability," or that "machine learning models remain mostly black boxes"26 unable to explain the reasons behind their predictions or recommendations, thus eroding users' trust and impeding diagnosis and repair; see Hutson8 and Marcus.11 A third obstacle concerns the lack of understanding of cause-effect connections.

Causal Inference in the Presence of Interference in Sponsored Search Advertising

In classical causal inference, inferring cause-effect relations from data relies on the assumption that units are independent and identically distributed. This assumption is violated in settings where units are related through a network of dependencies. An example of such a setting is ad placement in sponsored search advertising, where the clickability of a particular ad is potentially influenced by where it is placed and where other ads are placed on the search result page. In such scenarios, confounding arises due to not only the individual ad-level covariates but also the placements and covariates of other ads in the system. In this paper, we leverage the language of causal inference in the presence of interference to model interactions among the ads. Quantification of such interactions allows us to better understand the click behavior of users, which in turn impacts the revenue of the host search engine and enhances user satisfaction. We illustrate the utility of our formalization through experiments carried out on the ad placement system of the Bing search engine.

A Primer on Causality in Data Science

Many questions in Data Science are fundamentally causal in that our objective is to learn the effect of some exposure (randomized or not) on an outcome interest. Even studies that are seemingly non-causal (e.g. prediction or prevalence estimation) have causal elements, such as differential censoring or measurement. As a result, we, as Data Scientists, need to consider the underlying causal mechanisms that gave rise to the data, rather than simply the pattern or association observed in the data. In this work, we review the "Causal Roadmap", a formal framework to augment our traditional statistical analyses in an effort to answer the causal questions driving our research. Specific steps of the Roadmap include clearly stating the scientific question, defining of the causal model, translating the scientific question into a causal parameter, assessing the assumptions needed to translate the causal parameter into a statistical estimand, implementation of statistical estimators including parametric and semi-parametric methods, and interpretation of our findings. Throughout we focus on the effect of an exposure occurring at a single time point and provide extensions to more advanced settings.