Generating an image from a provided descriptive text is quite a challenging task because of the difficulty in incorporating perceptual information (object shapes, colors, and their interactions) along with providing high relevancy related to the provided text. Current methods first generate an initial low-resolution image, which typically has irregular object shapes, colors, and interaction between objects. This initial image is then improved by conditioning on the text. However, these methods mainly address the problem of using text representation efficiently in the refinement of the initially generated image, while the success of this refinement process depends heavily on the quality of the initially generated image, as pointed out in the DM-GAN paper. Hence, we propose a method to provide good initialized images by incorporating perceptual understanding in the discriminator module. We improve the perceptual information at the first stage itself, which results in significant improvement in the final generated image. In this paper, we have applied our approach to the novel StackGAN architecture. We then show that the perceptual information included in the initial image is improved while modeling image distribution at multiple stages. Finally, we generated realistic multi-colored images conditioned by text. These images have good quality along with containing improved basic perceptual information. More importantly, the proposed method can be integrated into the pipeline of other state-of-the-art text-based-image-generation models to generate initial low-resolution images. We also worked on improving the refinement process in StackGAN by augmenting the third stage of the generator-discriminator pair in the StackGAN architecture. Our experimental analysis and comparison with the state-of-the-art on a large but sparse dataset MS COCO further validate the usefulness of our proposed approach.

Synthesizing high-quality images from text descriptions is a challenging problem in computer vision and has many practical applications. Samples generated by existing text-to-image approaches can roughly reflect the meaning of the given descriptions, but they fail to contain necessary details and vivid object parts. In this paper, we propose Stacked Generative Adversarial Networks (StackGAN) to generate 256x256 photo-realistic images conditioned on text descriptions. We decompose the hard problem into more manageable sub-problems through a sketch-refinement process. The Stage-I GAN sketches the primitive shape and colors of the object based on the given text description, yielding Stage-I low-resolution images. The Stage-II GAN takes Stage-I results and text descriptions as inputs, and generates high-resolution images with photo-realistic details. It is able to rectify defects in Stage-I results and add compelling details with the refinement process. To improve the diversity of the synthesized images and stabilize the training of the conditional-GAN, we introduce a novel Conditioning Augmentation technique that encourages smoothness in the latent conditioning manifold. Extensive experiments and comparisons with state-of-the-arts on benchmark datasets demonstrate that the proposed method achieves significant improvements on generating photo-realistic images conditioned on text descriptions.

Generative Adversarial Networks have been crucial in the developments made in unsupervised learning in recent times. Exemplars of image synthesis from text or other images, these networks have shown remarkable improvements over conventional methods in terms of performance. Trained on the adversarial training philosophy, these networks aim to estimate the potential distribution from the real data and then use this as input to generate the synthetic data. Based on this fundamental principle, several frameworks can be generated that are paragon implementations in several real-life applications such as art synthesis, generation of high resolution outputs and synthesis of images from human drawn sketches, to name a few. While theoretically GANs present better results and prove to be an improvement over conventional methods in many factors, the implementation of these frameworks for dedicated applications remains a challenge. This study explores and presents a taxonomy of these frameworks and their use in various image to image synthesis and text to image synthesis applications. The basic GANs, as well as a variety of different niche frameworks, are critically analyzed. The advantages of GANs for image generation over conventional methods as well their disadvantages amongst other frameworks are presented. The future applications of GANs in industries such as healthcare, art and entertainment are also discussed. 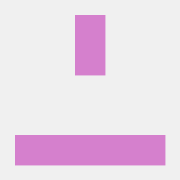 Amazon has announced it has a new artificial intelligence (AI) model that helps convert text to images to aid in searching for products, according to a blog post by the company. "Generative adversarial networks (GANs), which were first introduced in 2014, have proven remarkably successful at generating synthetic images. A GAN consists of two networks, one that tries to produce convincing fakes, and one that tries to distinguish fakes from real examples. The two networks are trained together, and the competition between them can converge quickly on a useful generative model," the post said. Someone who was searching for "women's black pants" could type that in to get an image, but then when they added more words, like "capri" or "petite," new images would show up as well as old ones.