Microsoft says its AI can translate Chinese as well as humans

Researchers at the company's labs in the U.S. and Asia said they have achieved human parity when translating the newstest2017 collection of news articles from Chinese to English. The articles are commonly used when testing and benchmarking translation results. Microsoft hired third-party bilingual human evaluators to assess the suitability of its methodology. The evaluators compared the results of Microsoft's AI with translations produced by two human linguists. The human translators worked independently of each other to create their renditions of the news stories.

Who are the Angels' top prospects? 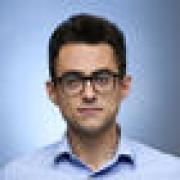 As of last year, the consensus around baseball was that the Angels' farm system was the worst in the sport. It has improved some, but is still among the five worst, according to most evaluators. Years of international neglect and sacrificing top picks for free-agent signings could hurt the club for another half a decade or longer. Here are the club's top five prospects. Middleton was the Angels' 2013 third-round pick, a junior college two-sport athlete who had more experience playing basketball than baseball.

The ABA's rating is based on information gleaned from interviews with other lawyers, the writings of the nominee and interviews with the nominee. An evaluator gathers the information and presents it to a committee made of 15 lawyers representing every judicial circuit in the country. A second evaluator looks at the case if there is a possibility of a "not qualified" rating. In written testimony to the Judiciary Committee, the evaluators explained that "a significant number" of Grasz's peers raised concerns that his strongly held social views and deeply rooted political allegiances "would make it impossible for him to have an unbiased and open mind on critical issues."