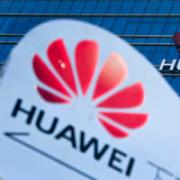 NEW YORK - Boeing acknowledged Saturday it had to correct flaws in its 737 MAX flight simulator software used to train pilots, after two deadly crashes involving the aircraft that killed 346 people. "Boeing has made corrections to the 737 MAX simulator software and has provided additional information to device operators to ensure that the simulator experience is representative across different flight conditions," it said in a statement. The company did not indicate when it first became aware of the problem, and whether it informed regulators. Its statement marked the first time Boeing acknowledged there was a design flaw in software linked to the 737 MAX, whose MCAS anti-stall software has been blamed in large part for the Ethiopian Airlines tragedy. According to Boeing, the flight simulator software was incapable of reproducing certain flight conditions similar to those at the time of the Ethiopian Airlines crash in March or the Lion Air crash in October.

US to Seek More Security on International Flights

Industry and U.S. officials briefed on the announcement said airports and airlines around the world will be required to implement the measures. If they don't, their passengers may be barred from carrying laptops and other large electronics in passenger cabins.

An important question to answer in such startups is where to find your entry point in the vertical. Tesla made a deliberate choice of starting at the high end of the automotive market and slowly work down to more affordable cars. This allowed them to not be as cost sensitive initially as would have been the case if they started with a mass market automobile. Instead of going after the taxi market directly, they specifically made the black car service more accessible. Warby Parker made a deliberate decision to be an online company first, and when they succeeded, they opened brick and mortar stores.

VW knows it has to rethink its approach to technology if it's going to adapt to a world full of electric cars, autonomy and ridesharing services, and that extends to the very software that makes those vehicles tick. The automaker has committed €3.5 billion ($4.05 billion) through 2025 for a connected car push that not only moves the company toward a new role as a "mobility services provider," but will include the development of an in-house operating system, vw.OS, that will govern entire vehicles. Where conventional cars from VW and other brands frequently have dozens of separate control systems each with their own vendor-specific software, vw.OS would boil things down to just a few systems running on one common platform. This not only promises to greatly streamline self-driving technology, but promises "continuous updates and upgrades." If it sounds familiar, it should -- Tesla already uses a custom platform to both add features and change the performance of its cars.

International flights can land in the Philippine capital again after the government reopened its airport. Flights were stopped last week after the country could not cope with thousands of workers returning from overseas. There have been more than 10,000 confirmed cases and 700 deaths in the country.