In response generation task, proper sentimental expressions can obviously improve the human-like level of the responses. However, for real application in online systems, high QPS (queries per second, an indicator of the flow capacity of on-line systems) is required, and a dynamic vocabulary mechanism has been proved available in improving speed of generative models. In this paper, we proposed an emotion-controlled dialog response generation model based on the dynamic vocabulary mechanism, and the experimental results show the benefit of this model.

An emotionally-competent computer agent could be a valuable assistive technology in performing various affective tasks. For example caring for the elderly, low-cost ubiquitous chat therapy, and providing emotional support in general, by promoting a more positive emotional state through dialogue system interaction. However, despite the increase of interest in this task, existing works face a number of shortcomings: system scalability, restrictive modeling, and weak emphasis on maximizing user emotional experience. In this paper, we build a fully data driven chat-oriented dialogue system that can dynamically mimic affective human interactions by utilizing a neural network architecture. In particular, we propose a sequence-to-sequence response generator that considers the emotional context of the dialogue. An emotion encoder is trained jointly with the entire network to encode and maintain the emotional context throughout the dialogue. The encoded emotion information is then incorporated in the response generation process. We train the network with a dialogue corpus that contains positive-emotion eliciting responses, collected through crowd-sourcing. Objective evaluation shows that incorporation of emotion into the training process helps reduce the perplexity of the generated responses, even when a small dataset is used. Subsequent subjective evaluation shows that the proposed method produces responses that are more natural and likely to elicit a more positive emotion.

Perception and expression of emotion are key factors to the success of dialogue systems or conversational agents. However, this problem has not been studied in large-scale conversation generation so far. In this paper, we propose Emotional Chatting Machine (ECM) that can generate appropriate responses not only in content (relevant and grammatical) but also in emotion (emotionally consistent). To the best of our knowledge, this is the first work that addresses the emotion factor in large-scale conversation generation. ECM addresses the factor using three new mechanisms that respectively (1) models the high-level abstraction of emotion expressions by embedding emotion categories, (2) captures the change of implicit internal emotion states, and (3) uses explicit emotion expressions with an external emotion vocabulary. Experiments show that the proposed model can generate responses appropriate not only in content but also in emotion.

The advent of computational tools and methods for investigating the way we respond to objects and situations has paved the way to a deeper understanding of the intricate relationship between emotions and artistic content. For example, [55] have studied how art affects emotional regulation by measuring the brain response through EEG: their research shows that, in comparison with photographs depicting real events, artworks determine stronger electro-physiological responses; in parallel, [19] argue that the emotional response to art - measured through facial muscle movements - is attenuated in art critics, and stronger in non-expert, thus showing the universality and spontaneity of this response. The association between art and emotions is even stronger when the artistic expression is conveyed by media, as in music and movies. For example, music has proven to be an effective tool for emotion regulation: as demonstrated by [54], music can induce specific emotional states in everyday situations, an effect which is sought for by the users and can be exploited to create effective affective recommender systems [3]. Finally, emotional engagement is of primary importance in narrative media, such as film and television, as extensively investigated by a line of research which draws from both film studies and emotion theories [47, 53]. As a consequence of the multifaceted, complex role played by emotions in the experience of art and media, the investigation of this phenomenon with computational tools has relied on a variety of models and methodologies, ranging from dimensional models, better suited to investigate physiological, continuous correlate of emotions [45, 57, 29], to categorical models, which lend themselves to inspecting the conscious level of emotional experience [39, 12, 4]. Dimensional models typically measure the emotional engagement along the arousal and hedonic axes, and are useful to study how the emotional response evolves over time.

What is love? It depends on what language you speak, researchers find 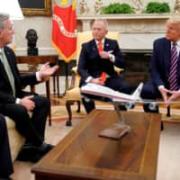 WASHINGTON – The English word "love" can be translated as "sevgi" in Turkish and "szerelem" in Hungarian--- but does the concept carry the same meaning for speakers of all three tongues? Researchers from the University of North Carolina at Chapel Hill and the Max Planck Institute for the Science of Human History have used a new tool in comparative linguistics to examine emotional concepts across the world, finding the way we think of things such as anger, fear, and joy depends on our language. Their paper drew on data from nearly 2,500 languages, from large ones with millions of speakers to small ones with thousands, and was published in the journal Science on Thursday. To approach the question, the team relied on "colexified" words, which refer to when a word has more than one meaning and the different meanings are seen by speakers of that language as conceptually similar. For example, the English word "funny" can mean both humorous and odd, and humor is often found in things that are odd.